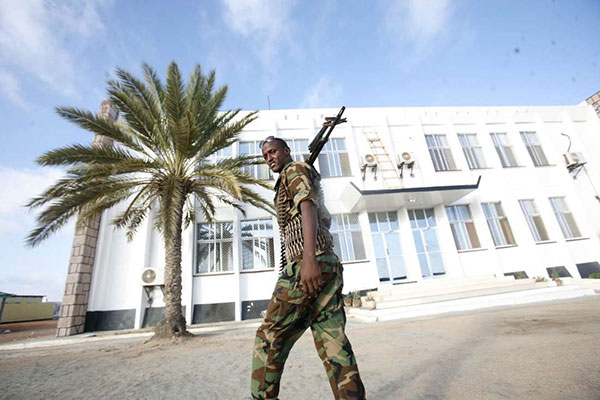 Somalia’s Jubbaland Vice-President Mohamud Sayyid Adan is holed up at a Mandera hotel for his safety after Ethiopian forces are said to have prevented him from visiting Bula Hawa, a border Somali town.

Mr Adan and his entourage were booked at the hotel five days ago by Kenyan security agencies in Mandera and their security immediately taken over by the Kenya Defence Forces (KDF).

“We have a VIP from Somalia who was prevented from visiting Bula Hawa by some military forces but you can get much information from Nairobi,” a security source in Mandera told Nation.

But KDF spokesperson, Major Paul Njuguna failed to pick several phone calls as we sought to confirm the military’s role in the stay of the Jubbaland VP.

Somali Democratic Council (SDC), a lobby group, has accused the Ethiopian troops of preventing the VP from visiting the city of Beled-Hawo (Bula Hawa) in Gedo, Jubbaland state.