Home frontpage Jawar Mohammed believes Ethiopia wants him ‘dead’, Should he return to his... 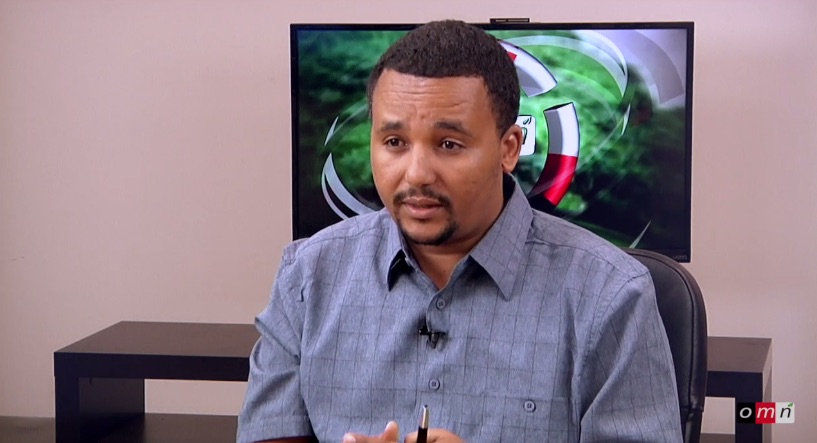 Jawar Mohammed, political analyst and executive director of the Oromia Media Network (OMN), believes the Ethiopian government would kill him, should he return to his homeland.

Mohammed,30, is an ethnic Oromo. He grew up in Dhummuga, a small town located in Oromia, Ethiopia’s largest state. During his childhood, Mohammed went to school in Asela and Adama and left his homeland in 2003 on a schoolarship to study in Singapore.

He later moved to the US to study political science at Stanford University and Human Rights at the Columbia.

“I came here as a student, not as a refugee. But right now, I am probably the most wanted person by the Ethiopian government and I think the government is willing to kill me if they have a chance,” Mohammed, who is based in Minneapolis, alleged during a phone interview with IBTimes UK.

“Every time I appear on television, for the last few months, the government is all over the place condemning me and calling me a terrorist, an agitator and an enemy of the state.”

In October, Ethiopia declared a six-month-long state of emergency following unrest in Oromia, and occasionally in Amhara.

The response to the protests, labelled as the biggest anti-government unrest Ethiopia has witnessed in recent history, has resulted in the death of more than 500 people since November 2015, a figure the government later confirmed.

In Oromia, people demonstrated against perceived disenfranchisement and lack of inclusion in the political process as the government is dominated by the Tigray minority. They also called for an end to land grabbing, claiming Oromo farmers are forcibly evicted from their farms.

Mohammed is a strong supporter of the protests as he believes Ethiopia “needs a regime change and the installation of a government elected by the people.”

“Oromo people are making history, they have been fighting for freedom, dignity and self-determination for almost 50 years now. In the last couple of years they struggled intensified, has become more strategic, coordinated and unified, it has weakened the government and has inspired other people in Ethiopia and the region,” he said.

Who are the Amhara people involved in anti-government protests?

Under the state of emergency, Ethiopia banned certain media outlets, including OMN.

“The government believes OMN and social media, Facebook particularly, are used to mobilise, agitate, coordinate people. The government sees this as a way to undermine their control over the population,” Mohammed claimed.

Mohammed believes it is too dangerous for him to go to Ethiopia right now. However, he said he is planning to return. “Going back is not an potion at the moment, but in the future, I will return and fight with my people.”

When contacted by IBTimes UK for comments on the allegations, a spokesperson for the Ethiopian embassy in London dismissed Mohammed’s claims as “unsubstantiated information”.

The diplomat also alleged Mohammed and other members of the diaspora community could have links to the Oromo Liberation Front, which the Ethiopian government labelled as a terrorist organisation that carried out violent acts in Ethiopia, Somalia and Kenya.

Created in 1973,OLF stemmed from the discontent among people over a perceived marginalisation by the government and to fight the hegemony of the Amhara people.

OLF – still active today – calls for the self-determination of the Oromo people. The group has always denied allegations of violence , claiming its mission is to terminate “a century of oppression” against the Oromos.

Official press release on state of emergencyEthiopia’s Prime Minister Hailemariam Dessalegn declared a six-month nationwide state of emergency on Sunday, 9th October, according to the provisions established under the constitution of the Federal Democratic Republic of Ethiopia, saying months of unrest threatened the nation’s stability.

“A state of emergency has been declared because the situation posed a threat to the people of the country,” Hailemariam said. He added that “Vital infrastructure, businesses, health and education centres, as well as government offices, and courts have been destroyed”. There have been attacks on businesses, many of them foreign-owned, including farms growing flowers for export.

Attorney General Getachew Ambaye said that the aim of the decree is to maintain peace and order and would permit authorities to stop and search those suspected of involvement in activities contributing to the deterioration of law and order.

It also bars the “preparation, distribution and exhibition of material that could incite further chaos”, he said in an official announcement. The measures did not contain curfews, but Getachew said the command post, chaired by the Prime Minister, set up to oversee the implementation of the legislation, would determine where and when to impose curfews “should the need arise”. The decree went on to state that human rights would be respected and that diplomatic missions and international organisations would be protected as per the Vienna Convention.

“Failure to observe these measures would lead to imprisonment according to the law.”