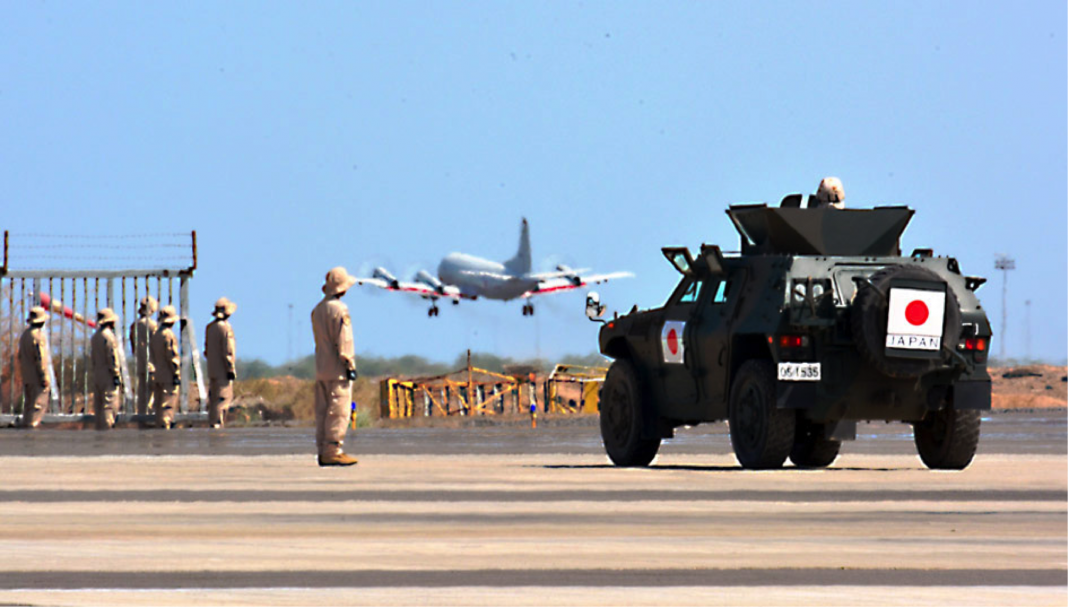 DJIBOUTI (HAN) September 28.2016. Public Diplomacy & Regional Security News.  By MATHIAS IRINGA. Japan in collaboration with the international community is intensifying war on piracy to enable safe transportation of cargo and passengers in the Indian Ocean.

Japanese ambassador to Kenya Toshitsugu Uesawa said his government has set up a defence force base in Djibouti in a bid to maintain surveillance off Somalia Coast to contain piracy.

Due to increased surveillance, he said attacks had in recent years dropped drastically in the key shipping route that had been hit hard leading to increase in global shipping costs a few years back.

“Our major goal is to secure the sea so that ships can safely transport passengers and goods to various ports on the African continent,” he said. Mr Uesawa was confident the maritime industry in Africa could register significant growth if pirate attacks are brought to an end.

He also reaffirmed the Japanese government’s commitment to fostering relations between the Japanese and the Kenya navy to make the Indian Ocean safe for sea transport.

Speaking at the Port of Mombasa on Monday, he said the two countries would continue to work hand in hand on peace initiatives and development.

Apart from piracy, the envoy said his country was also involved in peace keeping missions in Africa for stability to be achieved in countries such as South Sudan.

The arrival of three Japanese naval ships on Monday was a symbolic event to showcase the cordial relationship between Japan and Kenya which has existed for many years, Mr Uesawa said.

The ships called at the port with 750 officers under the command of Rear-Admiral, Hidetoshi Iwasaki.

The three vessels, namely JS Kashima, JS Setoyuki and JS Asagiri, were from Djibouti and are expected to depart for Sri Lanka tomorrow.

The last time Japanese naval vessels visited Mombasa was in 1970.

At least 200 new officers were expected to travel to Nairobi yesterday for a night stay with the rest staying in Mombasa hotels until Thursday.

The naval ships started the voyage in May and have been visiting countries which have good ties with Japan to gain knowledge about the sea and interact with foreign naval forces.

They have so far visited the US, Panama, UK, Lithuania, Germany, Belgium, France, Italy, Malta and Djibouti.

“We are glad to be in Mombasa as our officers will get a chance to interact with their Kenya navy counterparts,” Mr Iwasaki with the Japanese navy said.

Mr Masemo said the next cruise tourism season is due in November.