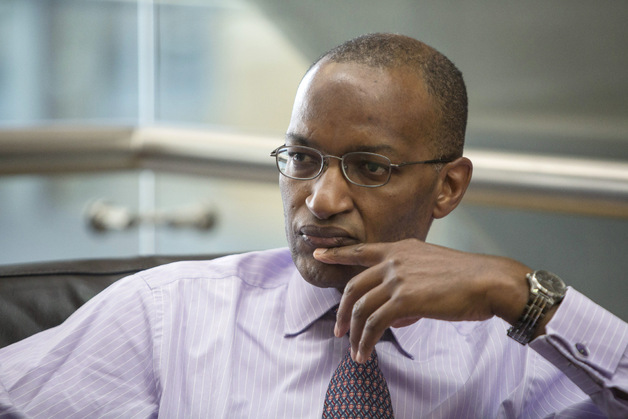 NAIROBI (HAN) August 2.2016. Public Diplomacy & Regional Security News. By Patrick Njoroge. On Thursday, July 28, Kenya’s National Assembly passed the Banking (Amendment) Bill, 2015. The Bill seeks to cap lending rates at four per cent above the Central Bank Rate (CBR) and to also set a minimum interest rate for deposits in interest-earning accounts at 70 per cent of the CBR.

This has put the National Assembly on a collision course with banks, which will inevitably result in even more suffering by the majority of the population. A safer path must be found that assures the population a larger share in the benefits of a vibrant financial sector and also allows banks to continue developing the sector.

The Central Bank of Kenya (CBK) has made its views known. Bank customers face remarkably high lending rates, and at 11.4 per cent, spreads between lending and deposit rates are high even compared to similar countries.

While access to credit by customers has improved in recent years—the World Bank’s Doing Business Survey 2016 ranked Kenya 28th among 189 countries—the high cost of credit is often cited as a serious constraint for businesses.

Lending rates have risen quickly in response to market conditions but are slow to fall when conditions reverse. There are also concerns about non-interest charges that obscure the pricing of loans and other bank products. Against this backdrop, the expectation is that caps on interest rates will provide themwananchi (citizen) with the much needed relief by reducing the burden of high rates.

CBK has argued that banks need to reduce their lending rates, in line with the current market conditions.

However, CBK has also argued that capping interest rates will have overwhelmingly negative consequences on businesses and consumers. This is confirmed by experiences from other countries, including in the EAC countries which have all abandoned interest rate caps, and Kenya’s own experience that led to eliminating interest rate controls in July 1991.

Reinstating interest rate caps will lead to the emergence of credit rationing and the unavailability of credit to a wide segment of the population—particularly SMEs, new and small borrowers—with immediate adverse consequences on job creation and poverty.

Unregulated informal lending channels will also emerge, allowing lenders to prey on the most needy, and a proliferation of non-interest fees and charges to be borne by bank customers. Capping interest rates will be ineffective if credit is not available or other terms of borrowing are unduly punitive.

The measure will also dampen investor confidence, particularly for banks, as it deviates from the market-based policies that have been the cornerstone of our economy. An appropriate solution to address the high interest rates is needed, but without the collateral damage emanating from capping interest rates.

In the context of the substantial shifts in the banking sector over the recent months, CBK has pressured banks to reduce their lending rates as market conditions improved—the CBR and KBRR now stand at 10.5 and 8.9 per cent, respectively, compared to 11.5 and 9.87 per cent respectively, in July 2015, even as the average lending rate is reported at 18.2 per cent compared to 15.8 per cent in July 2015.

We have also asked banks to review their business models, which should give rise to fairly-priced and improved bank products, leading to sustainable lower interest rates.

Additional reforms are already underway, to empower the population and lower the attendant costs of borrowing: information from Credit Reference Bureaus is being strengthened, allowing banks to distinguish risky from safe borrowers; a collateral registry is being established; the KBRR mechanism is being reformed; transparency about bank products and pricing is being enhanced, including implementing the Annual Percentage Rate (APR) that reflects the actual cost of borrowing; etc.

Banks need to do more to reduce their lending rates and to ensure that the benefits of a well-functioning financial system are felt by their customers. To this end, CBK has asked banks to make a credible “down payment” to their customers, thereby allowing the reforms underway to take root and sustainably reduce the cost of credit. Appropriate responses by banks require courage and hope for the future, not mistrust and caution.

Both elements are necessary for a safer passage for interest rates with the greatest chance of success.

We cannot afford a collision, the cost of which would be borne disproportionately by the most vulnerable.

Dr Patrick Njoroge is the Central Bank of Kenya governor.