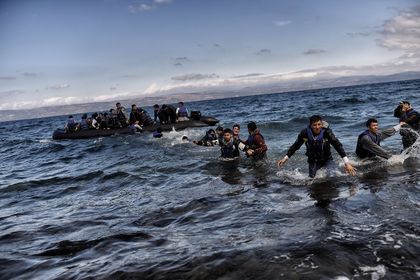 ROME (HAN) January 27, 2016 – Public Diplomacy and Regional Stability Initiatives News. Italy’s coast guard said on Tuesday it had coordinated the rescue of 1,271 migrants from rubber and wooden boats in several operations off the coast of Libya.

Italy was long at the frontier of seaborne migration from North Africa, but most of the hundreds of thousands of people arriving in Europe on rickety boats last year took a less risky route to Greece.

Vessels from the Italian navy and coast guard and a Slovenian military ship working as part of the European Union naval operation Eunavfor Med conducted the rescues.

Italy used to run its own search and rescue mission for the boat migrants, but the Mare Nostrum or “Our Sea” project was stopped and replaced with the European Union’s Frontex scheme, which had to be expanded as Europe faced its worst migration crisis since World War Two.

The influx of migrants has provided the European Union with one of the harshest tests in its history, leading to threats from some member states to bar Greece from the Schengen passport-free travel area.