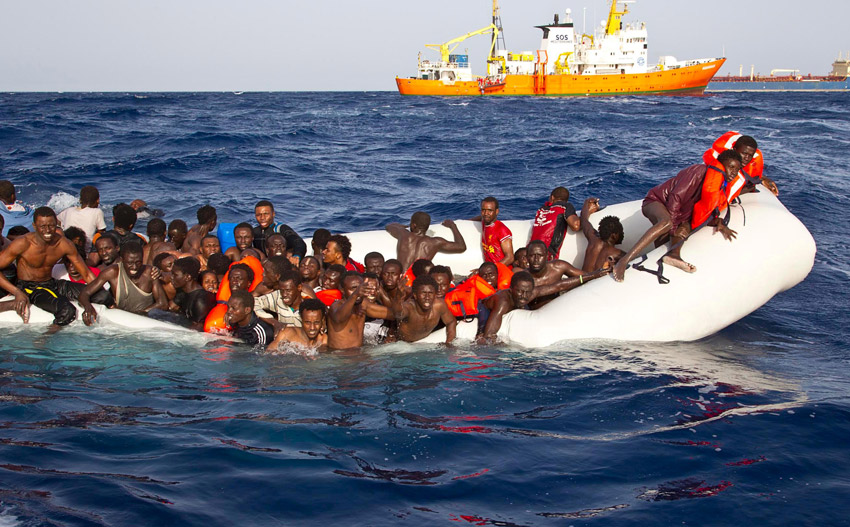 Share on Facebook
Tweet on Twitter
ROME (HAN) May 1. 2016. Public Diplomacy & Regional Security News.  An Italian merchant ship rescued 26 migrants off the coast of Libya in rough seas and others were feared missing, the Coast Guard said on Saturday.

The Coast Guard received a call from a satellite telephone on Friday but no voice was heard. It tracked the signal to a location about seven miles off the Libyan coast, a spokesman said.

An Italian merchant vessel in the area was diverted and on Friday night rescued the 26 from a rubber boat that had taken on water.

The spokesman said such boats used by human traffickers can hold between 100-120 people and are usually full but no information was available on the number that might be missing.

The migrants were tranferred onto a Coast Guard ship in international waters and taken to Lampedusa, the island south of Sicily where tens of thousands have arrived in recent years.

With the closing of land routes in the Balkans and a recent deal under which Greece sends migrants back to Turkey, Italian officials expect more to try to make the longer and much more dangerous crossing from Libya.