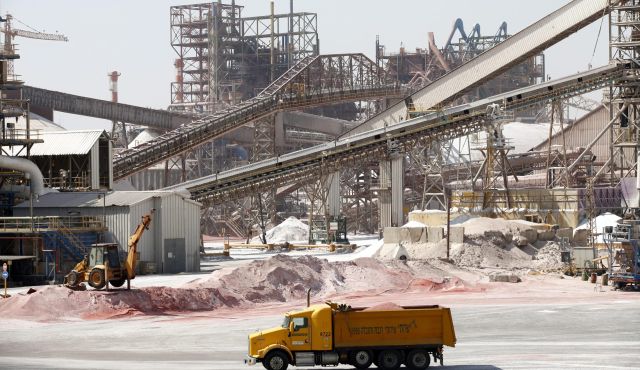 Djibouti (HAN) March 22, 2014 – The Israeli Chemicals Limited (ICL) Africa and Allana Potash signed partnership agreement to mine potash fertilizer and supply to farmers in Ethiopia and Africa as well as other countries. The accord would help Ethiopia to introduce new fertilizer to farmers and considerably increase productivity, the Ministry of Agriculture said.

During the occasion, Chon said Ethiopia can be a leading nation in Africa in exporting fertilizer when the factory starts production by utilizing its potash resource.

The General Manager who appreciated the all round effort Ethiopia is making in agriculture said he supports the effort the country has been making to produce fertilizer.

Professor Takelagn said on his part Ethiopia is for the first time making preparations to produce fertilizer dubed Mitin and supply it to farmers.

He also thanked the company for not only the financial but technical support too.

Last Month, Israel Chemicals said, it would partner with Canada’s Allana Potash to develop a potash mine in Ethiopia in a deal which includes ICL taking a stake in Allana.

The feasibility study for the Danakhil project in the Dallol region of northeast Ethiopia indicates it will produce about one million tons of potash annually within five years.
Sources: Tasfaye Abera – @HAN & Geeska Afrika Online Market Reporter