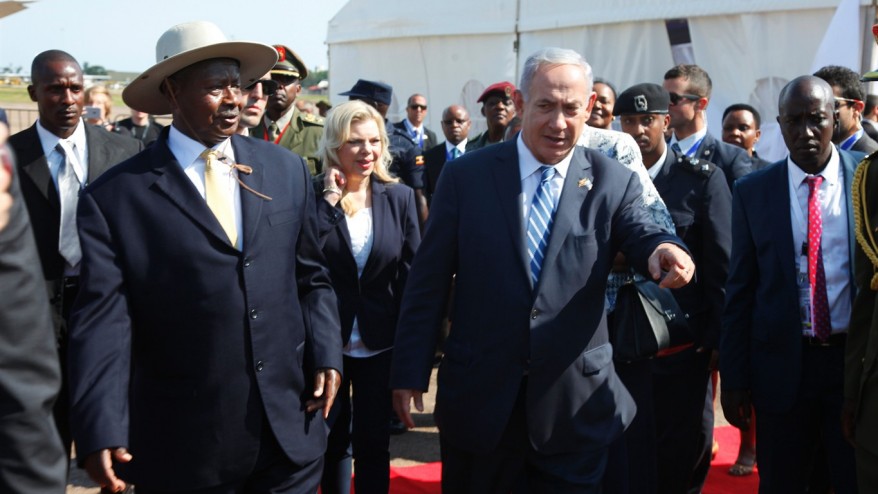 The visit will coincide with the 40th anniversary of the Operation Thunderbolt, a counter-terrorist hostage-rescue mission carried out by commandos of the Israel Defence Forces at Entebbe Airport in Uganda on July 4, 1976.

Incidentally, the Israeli mission that rescued 102 of 106 hostages at Entebbe Airport was led by Yonatan Netanyahu, brother of the prime minister who was killed in the rescue mission.

The hostages were passengers of an Air France plane, en route from Tel Aviv to Paris when it was hijacked by the Popular Front for the Liberation of Palestine–External Operations (PFLP-EO) and flown to Uganda, then ruled by dictator Idi Amin Dada.

Fondly known as Yoni, Mr Netanyahu’s brother was the only member of the 29-member assault unit that died during the operation later renamed Operation Yonatan in his memory.

State House has said the Prime Minister will also be reciprocating the visit to Israel earlier this year by President Uhuru Kenyatta.

“…the relationship between both countries is strong and the two Heads of Government are keen to continue expanding and deepening that relationship.

“Israel is a critical partner to Kenya; with its development assistance in security and defence, agriculture and particularly irrigation, important investments here,” a State House statement posted in the Kenya government news site, MyGov, states.

“President Kenyatta expects that the two countries will continue to develop stronger trade relationships, and hopes to see an influx of investment from the Israeli business community,” the statement added.

Details of the visit remained sketchy but Nation understands that security has been beefed up ahead of Mr Netanyahu’s arrival.

There has also been talk of closing the airspace over Jomo Kenyatta International Airport hours ahead of his arrival.

Traffic will also be disrupted as Kenya’s elite police units working in collaboration with their Israeli counterparts take charge of the airport, the routes the PM will use as well as the hotel he will be staying in.

The Embassy of Israel in Kenya says the relationship between the two countries goes back to Kenya’s pre-independent times.

Israel was instrumental in designing the original plan for the National Youth Service along its own “‘Gadna’ experience of enlisting the country’s youth for national service in many fields and most specifically in agriculture.”

The first official visit by a senior Israeli government official to Kenya was by Golda Meir, then Israeli Minister of Foreign Affairs and later the country’s PM, in December 1963.

However, “…diplomatic ties between the two countries were severed following the 1973 ‘Yom Kippur’ War, which saw many African states cutting their official ties with the State of Israel,” information on the Embassy of Israel in Kenya site states.

The diplomatic ties were reinstated in 1988 and the Jewish State has been training Kenyans in mechanised agriculture as well as offering specialised training to elite Kenyan security personnel, mainly members of the General Service Unit’s Recce Squad.

Lately, the two countries have been collaborating in the fight against the Somali terrorist group, Al-Shabaab.

During the September 2013 Westgate hostage crisis, Israel flew in troops to work with the Recce Squad to flush out the terrorists.