Home Ethiopia Israel Is a Racist Country. Take It From Me, an Ethiopian Israeli 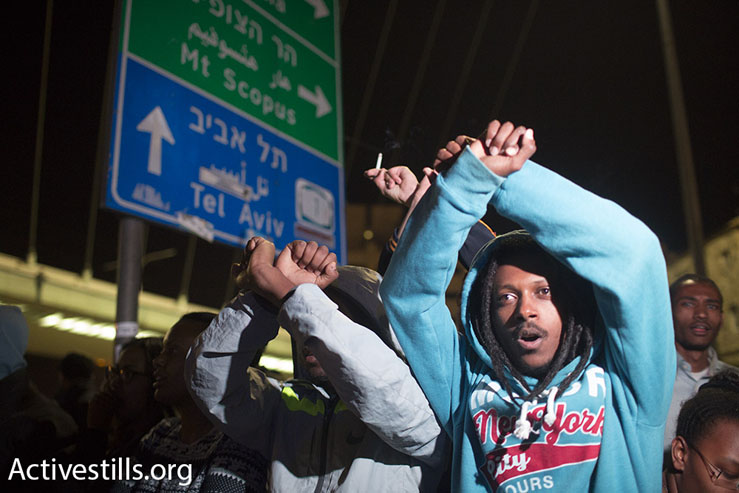 JERUSALEM (HAN) June 30.2016. Public Diplomacy & Regional Security News. Formal equal rights aren’t enough. Equality must be seen on the ground, but on social media we still get ‘Go back to Ethiopia.’

“Israel is one of the most racist countries in the world,” said Tahunia Rubel, an Ethiopian-born Israeli model and actress. The remarks by Rubel, who became famous on the Israeli version of “Big Brother,” were published in the mass-circulation daily Yedioth Ahronoth last weekend.
Rubel said things like “We have a screwed-up government … and the police are total idiots.” She added: “People in Israel find it strange to see an Ethiopian woman who behaves like an Israeli.” According to a report this week by the Berl Katznelson Foundation, the interview stirred particularly violent posts on social networks.

That leads me to conclude that I’ve spent 21 years in Israel, the total number of my years on earth, in a country totally different from the one where Israelis so angry at Rubel live. For a moment it was nice to wake up in a parallel universe where Israel and Israeli society aren’t racist, and where people get angry at people who claim they’re racist.

Of course it’s possible to refuse to acknowledge that the experience of a black woman in a white space isn’t identical to that of a white man in a white space, and to believe that he will never be able to understand my subjective feelings. But why talk about subjective feelings? The pain and anger are a product of institutional practices.
Israel commits racist crimes. A prominent example is the police violence during the demonstrations by young Ethiopian men and women a year ago. (Police violence, incidentally, isn’t limited to young Ethiopians; many young Arabs encounter it as well.) Another example is the investigation that revealed the pressure on Ethiopian women to receive shots of the birth control hormone Depo-Provera before immigrating.
In Israel, women of Ethiopian origin suffer oppression on two fronts: gender-related and race-related. The furious reactions to Rubel’s statement that Israel is a racist country only prove the justice of her claims. They refer to the fact that she’s a woman, an Ethiopian (“Go back to Ethiopia”) and a black person (“a disgusting African”).

As far as they’re concerned, a black woman in the white mainstream should always be pretty, quiet, polite and filled with gratitude for the right to be a part of the mainstream. If you don’t play along you’ll pay a high price.
The reactions are a perfect illustration of the difficulty facing minorities in Israel. They’re accepted into the mainstream only if they refrain from criticism.
So you belong to a minority and you want to express criticism? They’ll immediately remind you that you shouldn’t take for granted that you’re here and will suggest that you return to your country of origin. That’s if you’re Ethiopian, of course, because leftist Israel-haters are sent to Berlin regardless of their ethnicity.
Some people say that in other countries the situation is much worse, so we shouldn’t criticize Israel but only praise it because we’re better than the non-Jews. Well, I don’t think that’s love for one’s country. After all, anyone who loves the country must criticize it, put a mirror in front of it and take steps to change it. Formal equal rights aren’t enough. Equality must be seen on the ground. In life itself. Even on the Internet.
read more: