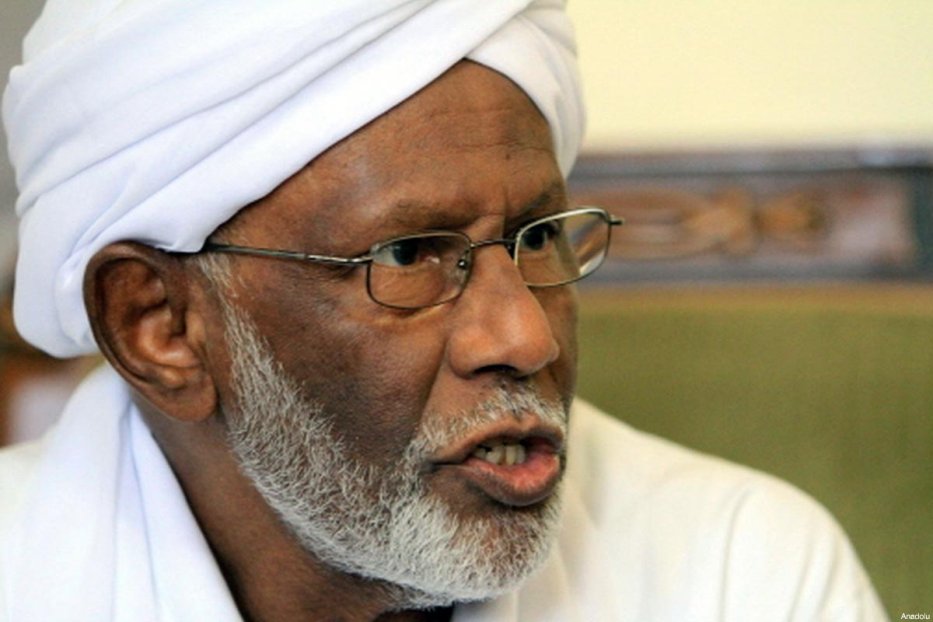 KHARTOUM (HAN) September 11. 2020. Monitoring Regional Issues. The acting Secretary-General of the Islamist Popular Congress Party (PCP) in Sudan denied that their recent meeting with the Chairman of the Sovereign Council Gen Abdel Fattah al-Burhan aimed at forging an alliance with the military to overthrow the transitional government.

Bashir Adam Rahma stressed that they discussed the need to expand the political incubator for the transitional government in order to reach a national accord after the signing of a peace agreement that would get the country out of its current crisis.

The Forces for Freedom and Change (FFC), the coalition supporting the transitional government, agreed to exclude all the political forces that participated in the former regime from the institutions of the transitional period.

During a meeting with Al-Burhan on 6 September, the National Program Group (NPG) presented a project calling for concerted national efforts to confront the serious challenges that Sudan is going through internally, externally and economically.

The NPG consists of the Sudan Renaissance Alliance headed by Tijani al-Sissi, former head of the Darfur Transitional Authority, the Popular Congress Party, the Democratic Unionist Party faction of Ahmed Bilal, the Justice Party led by Bechara Aru and others.

Rahma told Sudan Tribune that his party after the revolution met with al-Burhan and his deputy of the Transitional Military Council Mohamed Hamdan Dagalo “Hemetti” separately, and presented a proposal to form the institutions of the transitional period.

“The opinion of al-Burhan, in a meeting with us as a PCP, was that this issue should be done once peace is achieved in the country.”

Bashir said that after the signing of the peace agreement, his party held a series of meetings with the political forces and met with the head of the National Umma Party, Sadiq al-Mahdi, the Unionist party of Jala Alazhari, as well as the Nasserite and Baath forces. Also, arrangements are underway to meet with the Communist Party.

He stressed that they do not exclude any forces or part in their efforts to reach the largest interim consensus for the success of the transition.

He also underlined they do not intend to participate in the executive body but rather they seek the formation of a national government including the armed groups to ensure peace implementation.

The PCP leader was seemingly alluding to the former rebels signatory of the Doha Peace Agreement, as the NPG includes several Darfuri groups that were part of the former regime in line with the signed peace deals.

Further, he vehemently denied rumours that they seek to form an alternative alliance to the FFC or to collude with the military to overthrow the government.

“The Alliances (we call for) are in the interest of Sudan as we call for expanding the transitional incubator and forming a government of qualified people based on merits of competency without political quotas.”

Rahma refused to justify the exclusion of his Islamist party and other forces from the political scene “on the pretext of their participation in al-Bashir’s government”.

“Everyone participated in ( the former regime). All the current forces were part of the former government since 2005, participated in the separation of South Sudan, in the endorsement of the flawed National Security Law. So, we will not accept any (political) overbidding,” he added.