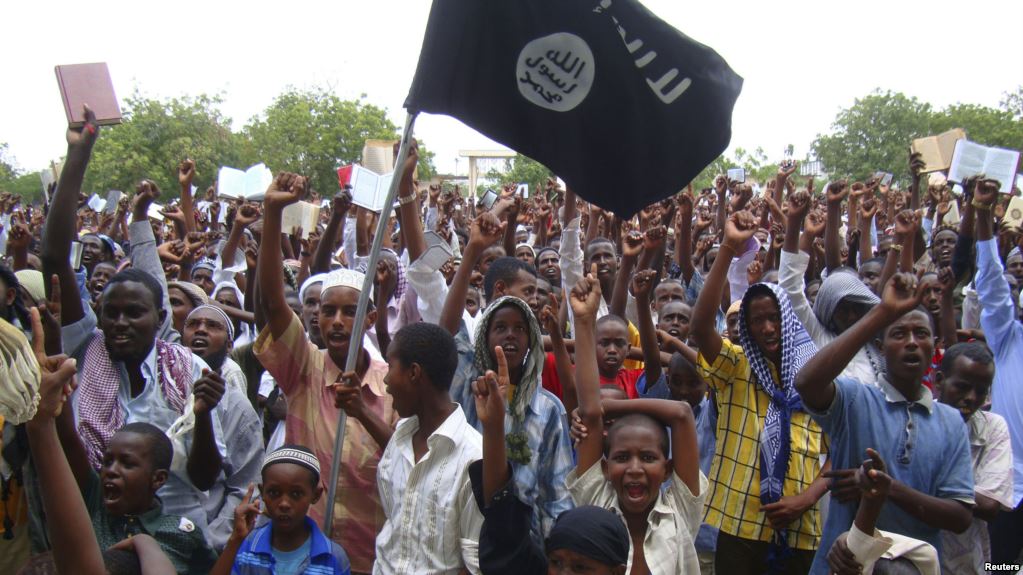 A militant faction loyal to Islamic State (IS) has increased its following in northern Somalia from a few dozen last year to up to 200 this year, a U.N. report said, days after the group came under U.S. air attack for the first time.

The increase in strength of the IS spin-off group has attracted attention because some security officials fear it could offer a safe haven for Islamic State militants fleeing military defeat in Syria or Iraq.

“The Islamic State of Iraq and the Levant (ISIL) faction loyal to Sheikh Abdulqader Mumin – estimated…in 2016 to number not more than a few dozen…, has growing significantly in strength, and (now) consists of as many as 200 fighters,” said the report by a panel of U.N. experts obtained by Reuters.

“Even a few hundred armed fighters could destabilise the whole region,” said a regional diplomatic security source. “It(air strikes) is a recognition from the U.S. that the situation in terms of the (Islamic State) faction in Puntland is becoming increasingly critical.”

Somalia has been riven by civil war and Islamist militancy, though more in the south than in the north where the Puntland region is located, since 1991 when clan warlords overthrew a dictator before turning on each other.

Almost all Mumin’s fighters are Somali, the U.N. report said, though the group is believed to include a Sudanese man sanctioned by the United States. The group also has contacts in Yemen. It was unclear if the Sudanese man under U.S. sanctions was the same one reported killed in the air strike.

“The number of IS fighters in Puntland has increased. Mostly they come from southern Somalia and a few, including foreigners, come from Yemen,” Colonel Abdirahman Saiid, a military officer in Puntland, told Reuters.

The U.N. report said defectors from Mumin’s faction reported the group had received money and orders from Iraq and Syria, and one member said he had seen Mumin and another leader using TrueCrypt software to communicate with them. The United Nations could not independently verify those claims.

Mumin’s group has been slowing increasing its activity over the past year. In late 2016, it occupied the port of Qandala in Puntland, a semi-autonomous region, for a month.

Earlier this year, it carried out its first attacks. Its fighters killed four guards at a hotel in Bosasso, the economic capital of Puntland, in February. The same month, the group beheaded three men it had kidnapped.

Somalia’s main Islamist insurgent group, al Shabaab, is aligned with al Qaeda and is most active in the Horn of Africa country’s south. It has repeatedly clashed with the Islamic State-aligned faction in the north. (Additional reporting by Abdiqani Hassan in Bosasso; editing by Mark Heinrich)