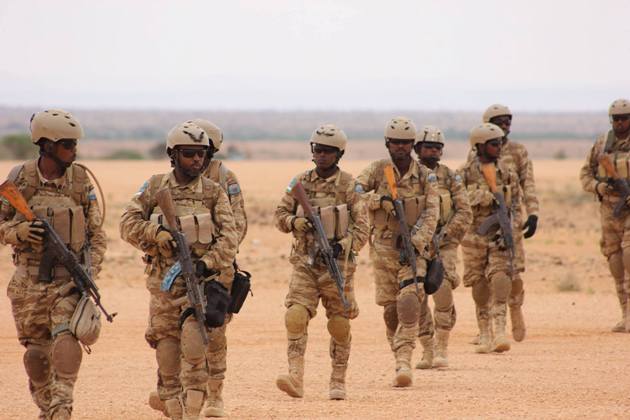 Somalia’s semi-autonomous Puntland authorities Wednesday announced the capture of Qandala town from jihadists loyal to the Islamic State (IS).

The Governor of Bari, Mr Yusuf Mohamed Wa’ays, said the forces of the semi-autonomous authority in northeastern Somalia seized the town that lies some 75km east of Bossaso, the main commercial centre and port town of Puntland.

Bossaso is located about 1,500km northeast of Mogadishu.

Mr Wa’ays, who spoke on the outskirts of the seaside town, said the Puntland forces, supported by units from the Federal Government, attacked Qandala from the land and sea fronts.

“The forces overwhelmed the jihadists with simultaneous attack from sea and land,” said Mr Wa’ays.

On Sunday, the governor had told the media that his forces killed seven Daesh jihadists and captured other militants on their way to Qandala.

Other reports quoted the forces claiming to have seized some vehicles belonging to the Islamists.

The Islamists, led by Sheikh Abdulkadir Mumin who in 2015 declared loyalty to ISIS (Islamic State of Iraq and Syria), seized Qandala on October 26.

Sheikh Mumin had deserted the Al-Qaeda linked Al-Shabaab, the main jihadist group opposing the Somali government and the regional authorities.