Home Daily Security Briefing Is time on Al-Shabaab’s side? Africa’s battle against Somalia Islamists falters as... 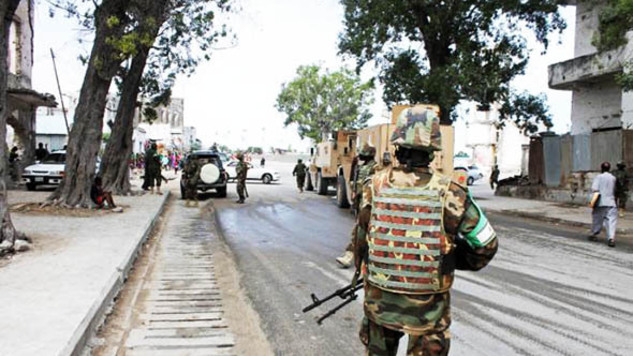 With the European Union trimming its financial support by a fifth this year, ground operations could be the first casualty, according to analysts including Emma Gordon at Verisk Maplecroft.

Such belt-tightening would come even as al-Shabaab insurgents are seen regaining their cross-border capabilities after a decline in attacks in neighbouring Kenya in 2015 and two incidents in five weeks suggest civil aviation is being added to their targets.

Less funding could force the African Union Mission in Somalia, or Amisom, to rely more on airstrikes than infantry, tactics that are “less effective against a disparate enemy,” said Gordon, a senior analyst for sub-Saharan Africa.

African leaders who met in Djibouti last month warned they may have to reconsider the eight-nation force that’s fighting the militants unless the United Nations and other international bodies increase their support. Al-Shabaab, which began its insurgency in Somalia in 2006, has carried out attacks in countries including Kenya, Uganda and Djibouti, killing hundreds of people.

Regaining control of Somalia, wracked by more than two decades of civil war, is crucial to the government’s plan of attracting foreign investors. Oil and gas output may begin by 2020 after exploration work showed the potential for large offshore deposits, while companies including Royal Dutch Shell, Exxon Mobil and BP are in talks about returning, according to President Hassan Sheikh Mohamoud.

The U.S., which has targeted individual al-Shabaab leaders in the past, has broadened its activities. The Pentagon said an airstrike north of the capital, Mogadishu, on March 5 killed 150 Islamist fighters. That toll, denied by the militants, would exceed fatalities from all prior U.S. drone strikes in the country since 2007, according to Bureau of Investigative Journalism data. U.S.-backed Somali troops raided other camps three days later, killing 20 al-Shabaab members and capturing dozens more, the country’s security minister said.

While Amisom seized “significant territories” from al-Shabaab last year, recent operations “have been limited due to overstretched Amisom forces and endemic deficiencies within the Somali national army,” David Rodriguez, head of the U.S. Africa Command, told a Senate Armed Services Committee this week.

A major assault on Amisom facilities came in January, when al-Shabaab attacked a camp used by Kenyan soldiers near the border at El Adde.

The Islamists said 100 troops were killed, while Kenya’s government acknowledged there were fatalities without giving its own toll. That attack, which followed a Sept. 1 raid on a base manned by Ugandan troops, “reveals weaknesses in the force’s preparedness and intelligence-gathering,” according to Gordon.

It may also highlight local resentment toward Amisom and its failure to build relationships with civilians who’re unsympathetic to the militants, according to the Mogadishu-based Heritage Institute for Policy Studies.

“Lack of resources impacts the ability of Amisom troops to sustain and make further progress against al-Shabaab and this has implications for Kenya’s domestic security,” Gabriel said.

Amisom should be bolstered to “seriously degrade rather than simply displace al-Shabaab’s fighting capabilities,” the Heritage Institute said in a February report, criticising the mission’s lack of “critical enablers and resources” authorised by the UN Security Council, including military helicopters, transportation and logistics capabilities.

“It is an international embarrassment that peacekeepers are dying as a result of such neglect,” it said.