Home frontpage Is Khodorkovsky Behind The Claims Of Russian Death Squads In The Central... 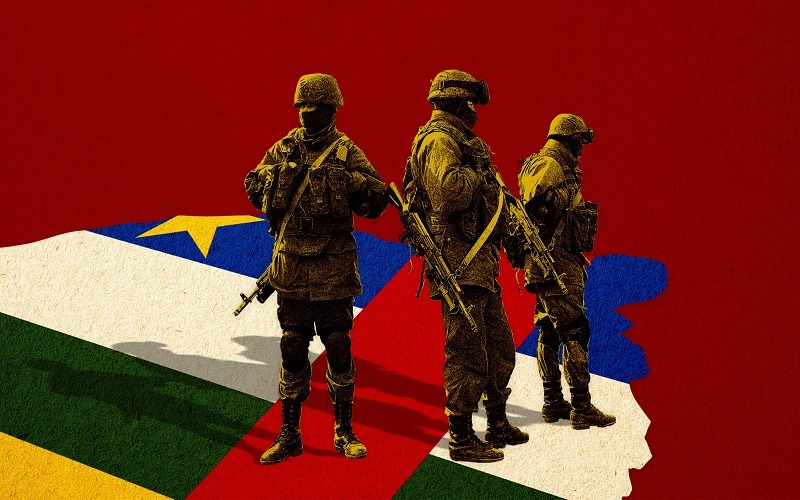 Share on Facebook
Tweet on Twitter
By Andrew Korybko American political analyst. A group of UN experts claimed at the end of March that they’ve received startling reports about Russian death squads ravaging the Central African Republic, but considering the fact that a shadowy network of information warriors backed by infamous former oligarch Mikhail Khodorkovsky has been actively spreading fake news about their homeland’s military involvement in that country for the past few years already, it can’t be discounted that the global body has been misled as part of the latest phase of the West’s Hybrid War on Russia.

An Unbelievable Report From The UN

A group of UN experts from the Office of the High Commissioner for Human Rights (OHCHR) released a statement at the end of March in response to the Working Group on mercenaries’ latest report about the Central African Republic (CAR). Citing unsourced claims, the Working Group wrote about “reports of mass summary executions, arbitrary detentions, torture during interrogations, forced disappearances, forced displacement of the civilian population, indiscriminate targeting of civilian facilities, violations of the right to health, and increasing attacks on humanitarian actors” which allegedly involve Russian private military contractors (PMCs) such as the Wagner Group. According to the OHCHR, “the experts said they were disturbed to learn of the proximity and interoperability between those contractors and the United Nations Multidimensional Integrated Stabilization Mission in the Central African Republic (MINUSCA). In particular, they pointed to coordinated meetings with ‘Russian advisors’, their presence at MINUSCA bases, as well as medical evacuations of wounded ‘Russian trainers’ to MINUSCA bases.” Although very serious, these allegations might not be entirely true.

Addressing the second main part of them first, there wouldn’t be anything wrong in principle with the Russian PMCs in the CAR partially coordinating with MINUSCA, especially when it comes to treating them for any injuries that they might have received in battle. After all, Moscow’s military intervention there in support of the UN-backed government is in full compliance with international law and it would obviously be best for all legal military actors there to have some level of coordination with one another, especially in the aftermath of attacks by rebel and terrorist forces. That’s not the most scandalous part of the recent reports, however, since the allegations of Russian death squads carrying out “mass summary executions…indiscriminate targeting of civilian facilities…(and) increasing attacks on humanitarian actors” clearly take precedence over those PMCs’ reported treatment in MINUSCA bases. Before going any further debunking those false claims, it’s important to explain the geostrategic context in which Moscow commenced its military intervention in the CAR several years ago so that readers can better understand the motivation for smearing it with death squad accusations.

To summarize a very complicated topic, Russia is crafting bespoke “Democratic Security” solutions for Global South states aimed at improving their capability to defend themselves against Hybrid War tactics and strategies. The CAR case has seen the Eurasian Great Power dispatch a limited military support mission to the war-torn country in full compliance with international law in support of the UN-backed government’s quest to liberate the majority of its territory that’s under the control of rebel and terrorist forces. In exchange, it’s speculated that some Russian companies receive preferential deals in the mining sector among others. Moscow is also assisting Bangui in a more comprehensive capacity in terms of rebuilding its socio-economic infrastructure. The “Democratic Security” model that Russia is experimenting with in the CAR is on the pathway to perfection and might subsequently be rolled out elsewhere across the continent, albeit custom-tailored to meet the needs of Moscow’s many other partners there. As could be expected, the US and France detest Russian activities in Africa because the latter’s success greatly reduces their hegemonic influence.

The author’s following analyses should be reviewed by intrepid readers who want to learn more about this:

* 15 December 2017: “Why Does Russia Want To Sell Arms To The Central African Republic?”

* 15 March 2019: “Has The World Been Ignoring An Almost Decade-Long African Spring?”

* 28 May 2019: “Russia’s Military Deal With The Congo Republic Completes Its African Transversal”

* 22 October 2019: “Africa Needs Russia More Than Ever, And This Week’s Sochi Summit Proves It”

* 16 November 2020: “Russia’s Red Sea Base In Sudan Is A Recalibration Of Its Intra-Ummah Balancing Act”

* 21 December 2020: “Russia Is Reportedly Preparing To Defend The Central African Republic From A Coup”

* 17 February 2021: “The Improvement Of Russian-Togolese Relations Is A Multipolar Masterstroke”

Khodorkovsky’s Connection To The CAR

The above list is practically comprehensive but purposely omits one of the author’s most pertinent pieces in relation to the present one since it arguably deserves some extra attention. That’s the article that he wrote on 1 August 2018 titled “Why’d A Former Russian Oligarch Send Journalists To An African War Zone?” It was published in response to three Russian journalists’ tragic deaths in the CAR, which prompted a scandal which still continues to this day after it was revealed that they’d been working with the infamous former oligarch Mikhail Khodorkovsky, who alleged that the Wagner Group had actually assassinated them. According to this information warfare narrative, Khodorkovsky’s journalists had allegedly uncovered evidence of the PMC group’s interests in certain mining sites in the country, which is why they were killed. That, however, doesn’t make much sense since there’s nothing scandalous about any country’s companies receiving preferential rights to certain industries in exchange for offering irreplaceable security and other services. In fact, that’s actually the normal quid pro quo in today’s world, so it’s unbelievable that journalists would have died for talking about it.

What’s really happening is that the obsessively anti-Putin Khodorkovsky and his Western political patrons realized that they can manufacture some false intrigue through dramatic information warfare attacks about Russian military activities in the CAR. The war-torn country is among the most underdeveloped on this planet and it’s very difficult for reliable information to come in or out. By its nature, this makes it “mysterious” for most of the economically developed world, especially the targeted Western audience. Moreover, its recent history of civil war and Russia’s surprise military intervention there in full compliance with international law makes it interesting for many to read about. This background context preconditioned the audience into presuming some degree of truth to whatever reports might emerge from that country, even if they’re entirely false such as the latest one about Russian death squads running rampant all throughout it. Keeping in mind Khodorkovsky’s connections to the CAR and the shadowy infowar networks that he bankrolls, it can’t be excluded that some of their fake news products over the years might have successfully misled the UN’s experts.

The Hybrid War On Russia

The above insight adds a new dimension to the West’s ongoing Hybrid War on Russia. This multifaceted unconventional campaign of pressure has lately become disproportionately dependent on fake news as evidenced by myriad unsubstantiated claims of Russian meddling, overseas assassinations, and the like. In the CAR context, the latest disinformation-driven Hybrid War onslaught aims to discredit Russia’s evolving “Democratic Security” model there in the hopes of discouraging other Global South states from soliciting Moscow’s support. In addition, it also aspires to provoke domestic discord in Russian-friendly Global South states whereby opposition figures might feel emboldened from abroad to organize unruly protests as part of a proto-Color Revolution attempt to pressure their governments “from below” (albeit at an external party’s request) to distance themselves from the Eurasian Great Power. That plot might backfire, however, by actually creating fresh opportunities for the targeted states to intensify their “Democratic Security” engagement with Russia in order to thwart these new Western Hybrid War threats to their sovereignty.

Uncomfortable Questions For The UN

The UN experts’ claims about Russian death squads running rampant in the CAR are serious enough to warrant further investigation, though not necessarily in the direction that the West intends. Instead of continuing to push fake news narratives about Russia’s military involvement in that country, an investigation should commence to study the actual reports upon which those experts issued their startling statement. It might very well be the case that Khodorkovsky and/or other infowar actors were involved in manufacturing this scandal for the previously mentioned purposes, as well as to promote yet another multilateral sanctions push against Russia on such a basis. Furthermore, at the risk of being accused of “whataboutism”, an explanation must be provided about why there’s a focus on Russia’s military activities in the CAR instead of equally investigating all other similar activities elsewhere in the world by Western PMCs too. This observation hints at an ulterior politically driven motive behind the latest UN statement which conforms to the author’s hypothesis that the global body was misled as part of the next phase of the West’s disinformation-driven Hybrid War on Russia.

All told, the argument can compellingly be put forth that everything is far from what it seems when it comes to the claims about Russian death squads in the CAR. In all actuality, no such death squads exist. Russia’s internationally legal military intervention there in support of the UN-backed government is being maliciously misportrayed as part of the latest smear campaign against the Eurasian Great Power. A truly independent investigation is expected to show that the unsourced reports upon which the UN experts made their scandalous statement were somehow or another connected to Khodorkovsky’s shadowy infowar network in that country and/or similar Hybrid War structures likely backed by the US and France, the two states that stand to lose the most from Russia’s “Democratic Security” model that’s presently being perfected in the CAR and subsequently being prepared for export all throughout the continent. Going forward, it can be expected that such infowar attacks will only intensify as Russia’s peer competitors become more desperate to stop its game-changing multipolar gains across Africa.