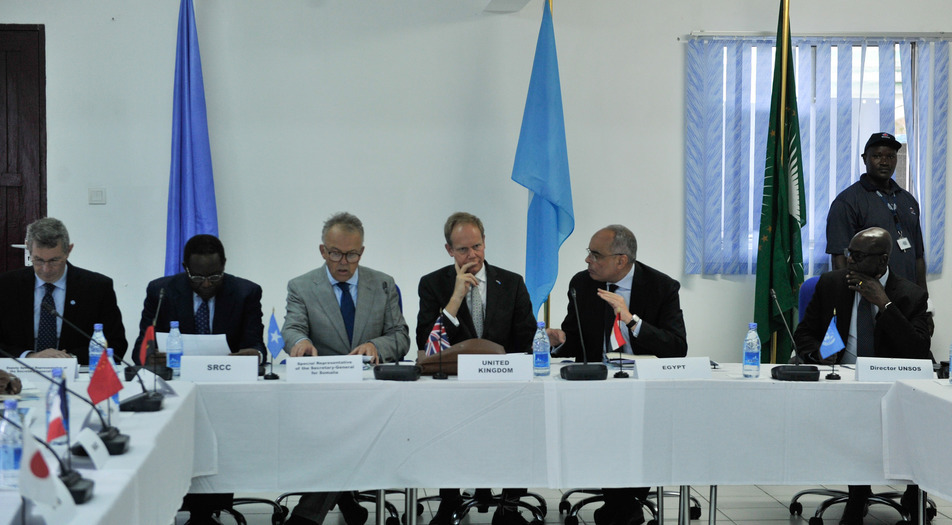 Somalia’s international partners on Sunday lauded the ongoing process for the country’s upcoming parliamentary and presidential elections, and called for it to be transparent and credible.

In a joint statement issued in Mogadishu, the UN, Africa Union, European Union, the regional bloc Inter-Governmental Authority on Development (IGAD), the U.S. and Britain said that implementation of the electoral process had begun in many parts of the country.

“Maximum technical integrity, uniformity, and transparency are critical yardsticks for the credibility of the 2016 electoral process,” the statement said.

The partners encouraged Somali leaders to finalize the establishment of a transparent, independent and fair electoral dispute resolution mechanism without delay.

“International partners will contribute through the deployment of electoral experts and observers to the mechanism, as well as through support for Somali organizations monitoring the implementation of the electoral process,” the statement said.

The international partners also stressed the urgency of ensuring that the Somali people were sufficiently informed about the process.

They called on the Federal Indirect Elections Implementation Team (FIEIT), the country’s electoral body, to expeditiously publish a detailed explanation of the electoral model as well as the roles and responsibilities of all implementation bodies and polling procedures.
Somalia will elect a new federal parliament between Sept. 24 and Oct. 10, and after that a new president by Oct. 30. It is expected that 14,025 citizens will take part in the indirect elections.

If the process goes as planned, there is hope that the country will hold its first one-person-one-vote elections by 2020.

Somalia’s international partners welcomed that the funding for the electoral process will be administered through mechanisms set up under the auspices of the UN.

They also welcomed the Somali leaders’ reiteration of their commitment to reserving 30 percent of parliamentary seats for women, which is reflected in their decision that every third seat in the Lower House will be contested exclusively by women.