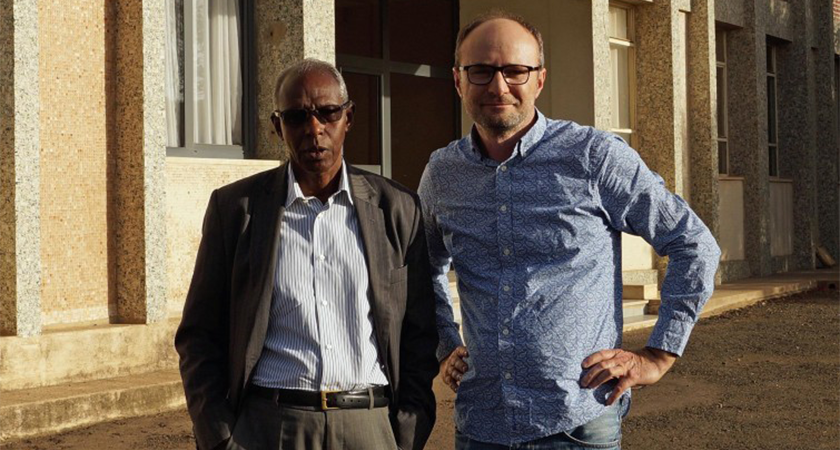 ASMARA (HAN) July 15.2016. Public Diplomacy & Regional Security News.BY:Oliver Ramme. Yemane Gebreab is an important figure in Eritrean politics. He is the personal adviser to President Isaias Afewerki. Some see him as a gray eminence, the other he is considered the second most powerful man in the state of Eritrea. Our reporter met him – listen here the entire conversation.

The interview took place in March 2016 Asmara place in party building the single allowed the country party. The People’s Front for Democracy and Justice PFDJ. This ruled since independence in 1993 from Ethiopia – to have been chosen without ever.

In the conversation Gebreab draws a detailed balance sheet after 25 years of independence (the defeat of the Derg regime in 1991 in Ethiopia is considered by many Eritreans as a great step towards independence). It’s about the tense relationship between Ethiopia and Eritrea.

Asmara feels patronized by the big neighbor. Also, there are questions about the controversial “National Service“, where young Eritreans are partly conscripted for years. The advisor defends the National Service against international criticism. The service contributes to social unity and the protection of the border. Eritrea is – according Gebreab – victim of an intrigue and misunderstood.

Eritrea is in the headlines because of the high number of refugees – Gebreab judged that it is about democracy deficits, speech and press freedom.. Even the thorny issue of political prisoners is addressed.

The entire interview can be heard here.