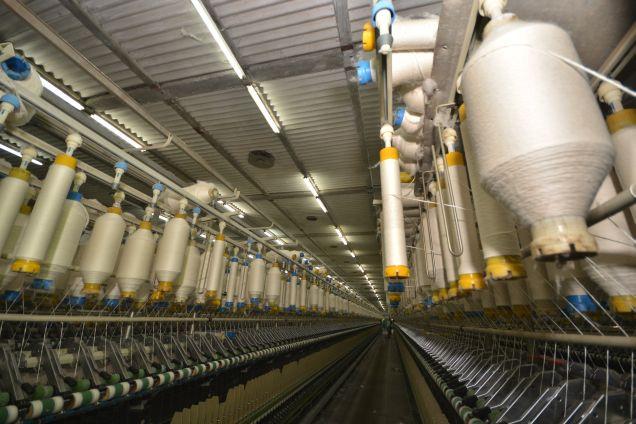 The company, located on 155,000sqm plot of land at Keta Industrial Zone in Bishoftu (Debre Zeit), has so far invested 45 million dollars. It has the capacity of producing 12 million metres of denim a year, to be used for making garments. It intends to raise production capacity to 20 million metres in a year.

It was licensed two years ago and has been producing denim yarn since February 2015. It will start selling its product in November to such export markets as Egypt, Tunisia, Morocco and Sri Lanka, said Jay Soyantar, marketing vice president of Kanoria. Future markets include Europe and the US, he added, to benefit from duty free advantages accorded by the African Growth Opportunity Act (AGOA).

Kanoria buys up to 70pc of its cotton from the Ethiopian market while importing the rest from Pakistan and India.

It has become the first company to produce denim in Ethiopia, said Bantihun Gessesse, communication director at Ethiopian Textile Industry Development Institute. Currently there are 136 registered medium and large scale textile and garment factories, 40 of which are foreign direct investment (FDI) companies.

The sector, which is promoted for its labour intensive nature, is usually handicapped by such challenges of shortage of raw material mostly cottons, and power interruption at factory sites.

For this fiscal year the expectation was to produce around 100,000tn from 125,000 ha of land. However because of drought in the North Western part of Ethiopia, actual coverage has been only 75,000ha, according to Bantihun.

A report by the Ministry of Industry, which assessed the 11th month performance of the last fiscal year, showed that the electric power outages in the textile industry totalled 945 hours, with Ayka Addis suffering the longest cuts of 253 hours. Bedesta Industries followed with 140 hours, Adama Spinning Factory with 106 hours.