Home frontpage THE IMPORTANCE OF THE COMING IGAD SUMMIT FOR SOMALIA 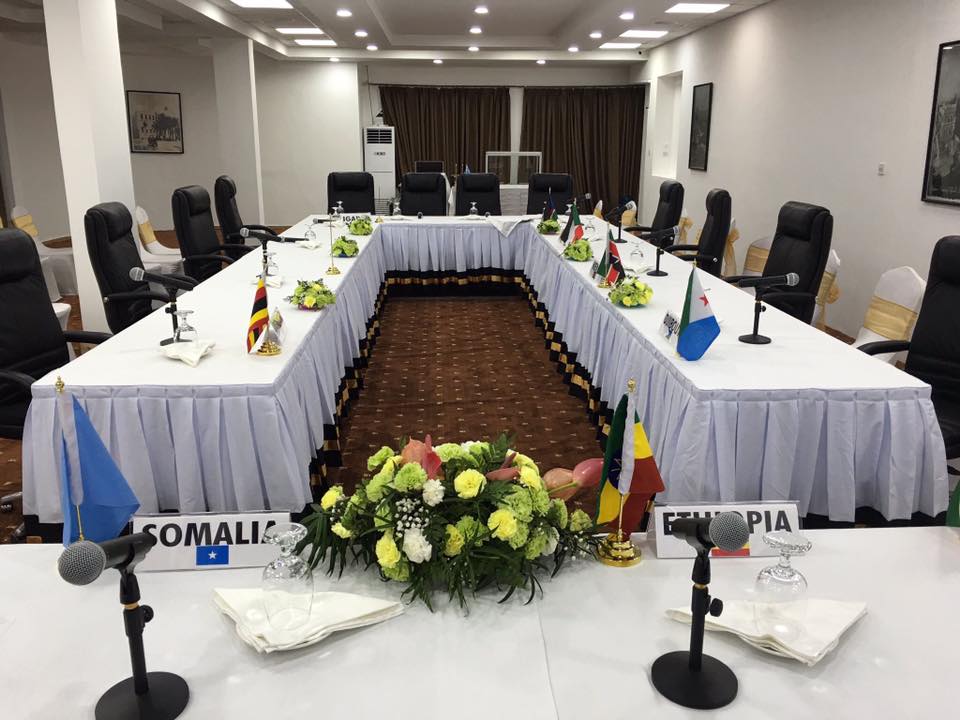 Somalia hosted IGAD extraordinary conference of foreign ministers earlier of 2015, now it’s going to host IGAD summit of head of states and governments for the first time in 30 years, it will be an event which the international community will measure level of progress have been made by the government.

It’s true that we are tackling with security issues, but progress and successes of foreign policy are undergoing which Somalia leads to be a place that all foreign governments are interesting.

During this year many important events held in the capital city such as- UN security council conference, Global Somali diaspora conference, regional states football cup, any many other events which was a sign to the increasing level of peace in the country, but, IGAD presidential summit will be the most influential event of the year in Somalia for the reason of creating a good image for Somali government.

We; getting support from our partners we’ll put all of our efforts to hosting that historical summit and to be an opened door of peace and useful international relations to our government, Mogadishu is one of oldest cities in horn of Africa and it’s capable to host that historic summit as it was.

It will be an event that will encourage our constitutional institutions that they are important to our nation’s existence and their efforts to make our country strong again.

Our country is struggling with poverty and poor service crisis for the people, thus, IGAD summit will be an open space that all of our needs will be addressed.

As our country’s geography is more strategic to the region, International investors will realize that Somalia is a place which is more appropriate to the investment and that Somalis are strong and change makers and are capable to overcome poverty and other financial crisis.

Somalia is one of the most important sources of the Africa resources, the useful resources of the country and the readiness of government for investment will attract all eyes of the world and will be motivated to make a huge investment in the country because of the people’s need and security recovering.

More than 5 head of states and governments with their delegations will visit Mogadishu – one of the most beautiful cities in Africa – there’s expectations that government will sign many agreements toward development with the IGAD delegations, it will be important opportunity to the nation’s foreign policy, Somalia will be a place which all of the countries interesting to establish a bilateral relations.

After decades of civil war in the city and without functioning government organizations, now it begins to host international conferences as it was, civil war destroyed all of the beautiful buildings of the city and most of its residents have been fled outside the country.

Today there’s another image, Mogadishu is the location of western embassies, the largest Turkish embassy in the world have been opened in the city, most of the largest streets haven built, an international airport have been rebuilt, imagine the progress we made less than 6 years.

Security is the fundamental of all things we do, if security breaks down every work we do will not achieve rightly, that’s why huge amounts have been spent in security section, and today we have the fruits of that amounts, we are hosting international conferences and delegations and our heroes are always ready protecting their people and our international guests.

Our national resources need more investment from the abroad; this summit will open a new page for the investors to visit Somalia and to begin a huge investment as well as job creating initiatives for young people.

We experienced two decades of war; it’s our time to get back of the best of who we are, IGAD summit will play a key role of reviving our influence to the World, and we will secure our self on regional fronts.

We have many needs in many areas; also our people are expecting more necessary services from the government.

Promoting trade is an important to eradicating poverty and most of our society are dependent to the various types of trade; boosting trade, investment, and infrastructure development will be the most highlighted areas our government will address in the forthcoming IGAD summit.

Finally, Somalis are hoping that this summit will be a great beginning for the efforts of reviving our influence to the world and will follow many other International conferences and visits in Somalia.

Spokesman of the Federal Government of Somalia