Home frontpage WHAT ARE THE IMPLICATIONS OF BREXIT ON AFRICA? 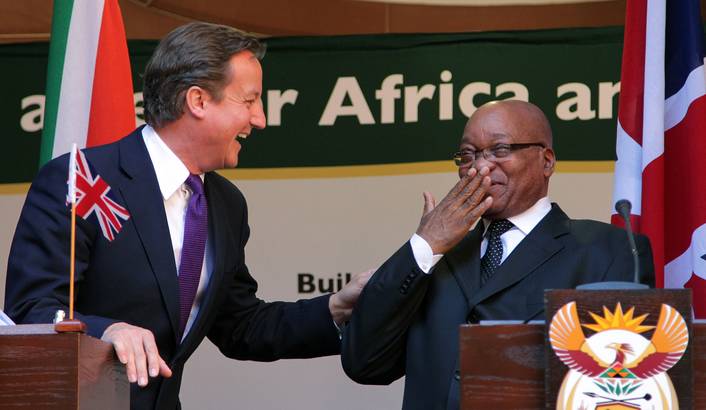 NAIROBI (HAN) June 23.2016. Public Diplomacy & Regional Security News. BY: Fumnanya Agbugah. On Thursday, citizens of the United Kingdom voted in a referendum, dubbed Brexit, on whether or not to remain in the European Union (EU).  The results are out and Britain has chosen to leave. According to the results, 48.1 percent voted to remain in the EU and 51.9 voted to leave.

What are the key reasons why campaigners wanted to leave the EU?

According to those campaigning for Brexit, these are the major reasons why they want to leave the EU:

Power: The UK can’t hold lawmakers to account. Unelected EU bureaucrats make more than half of the laws in the UK and they want more control of their laws. The UK’s influence in the EU is dwindling and their share of votes in the EU council has dropped from 17 percent to 8 percent. The people for Brexit claim that the top EU regulations cost Britain £33.3bn every year.

Jobs and trade: The campaigners argue that jobs and trade in the UK will thrive after they leave the EU. According to them, current regulations damage the economy and cost small businesses and families millions. As a member of the EU, the UK can’t make its own trade deals, leaving would allow the UK to finally institute their global free trade deal.

Border control and Immigration: A quarter of a million EU migrants enter the UK every year, putting a strain on public services, especially the National Health Service, as well as causing a deficit in housing. They also can’t prevent the entry of violent convicted criminals from elsewhere in Europe or deport dangerous terror suspects. Leaving the EU would return their rights to border control.

Money: It would mean more money for the UK. They argue that the UK sends at least £350 million to the EU every week, and they have no say on what it spends money on. The UK’s contribution to the EU has risen over 100 percent in the last decade.

What does the exit mean for Africa?

The UK leaving the EU is very likely to affect the global economy negatively. In May, the Governor of the Central Bank of Kenya, Patrick Njoroge, warned about the risks of the exit which he said will include increased volatility in the market. On Monday, stock markets around the world collapsed due to panic that Brexit would collapse the Eurozone.

However, it is worthy to note that this could add to the uncertainties that have affected the currencies of most African countries. The continent is suffering from the impact of fall in oil price, China’s economic slowdown as well as drop in the prices of commodity. The IMF has also reduced its projection for the continent from 3.4 percent to 3 percent. The largest economies in Africa are the worst hit by these uncertainties and countries like South Africa and Nigeria are already heading towards a recession.

According to the Brookings Institution, here are three ways this exit could affect Africa:

The end of British outwardness

Perhaps the biggest impact of the Brexit on Africa would be the end of British “outwardness.” This is the country’s concern with and response to global development issues which, from an African development perspective, reached its peak in 2005 with the UK presidency of the G8. At the G8 Summit in Scotland that year, leaders agreed to double aid to Africa and eliminate outstanding debts of the poorest countries. They made a deal to increase aid to developing countries by $50 billion a year by 2010 with at least half of this commitment going to Africa. Other commitments included increased support for African peacekeeping forces and additional investments in education and the fight against HIV/AIDS, malaria, tuberculosis and other diseases.

An exit from the European Union is set to also have dire consequences for development assistance. The UK is one of the biggest contributors to the European Development Fund, the EU’s development assistance arm, which provides funds to developing countries and regions. They currently contribute £409 million ($585 million) making up 14.8 percent of contributions to the fund. The development fund is one of the world’s largest providers of multilateral concessional aid, with disbursements exceeding ones channeled through the World Bank’s International Development Association (IDA). On the other hand, Kevin Watkins, an executive director of the Overseas Development Institute (ODI), argues that the direct disbursement of aid set to replace the UK’s contribution to the fund from the U.K. to recipient countries will have a more narrow geographical reach than aid funnelled through the EDF.

In a recent interview, World Trade Organization Director-General, Roberto Azevedo, stated that Brexit will lead to unprecedented negotiations between the UK and the WTO’s 161 other members. Bilateral trade agreements signed between the EU, on one hand, and other countries and regional communities, on the other, will also have to be renegotiated. An example of such deals is the recent EU-SADC (Southern Africa Development Community) Economic Partnership Agreement signed on June 10 which includes clauses on allowing free access to the EU market for select SADC countries (Botswana, Lesotho, Mozambique, Namibia, and Swaziland). The agreement also introduces more flexible “rules of origin,” with the aim of promoting the development of regional value chains. Within the European Union, the UK is one of Africa’s largest trade partners. The Brexit, followed by the cancellation of trade agreements, could heighten said decline. For instance, scholars from North-West University, South Africa argue that the Brexit will lead to a 0.1 percent decline in South Africa’s GDP due to the strong trade ties between the two nations.