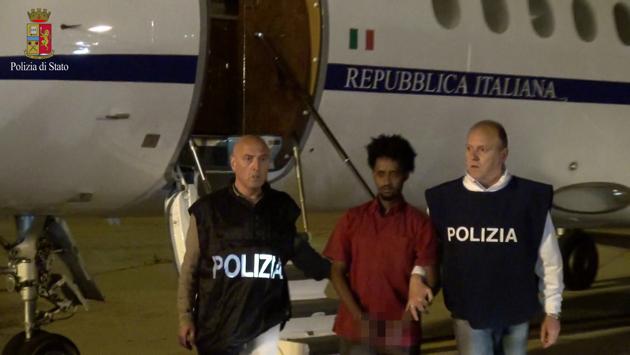 ROMA (HAN) June 8.2016. Public Diplomacy & Regional Security News. A joint operation among Sudan, Italy and the United Kingdom has led to the arrest of an Eritrean man suspected of controlling one of the world’s four largest criminal migrant trafficking organizations.

In a joint statement Wednesday, the Sudanese Ministry of Interior, the British Embassy and the Italian Embassy in Khartoum said that “Mered Yehdego Medhanie, a 35 year old Eritrean national, was extradited from Sudan to Italy yesterday after being arrested in Khartoum on 24 May”.

“The arrest was only possible thanks to intense international cooperation between the Sudanese National Police and the United Kingdom National Crime Agency together with the Palermo Prosecutors, the Italian Police, the Sudanese and Italian Ministries of Justice and Interior,” read the statement.

According to the statement “Medhanie is accused of masterminding one of the major criminal groups operating in central Africa and Libya, smuggling migrants across the Sahara desert and the Mediterranean Sea”.

It pointed that the charges against Medhanie show that “he was moving hundreds of people a month across the Mediterranean”, saying he has been involved in this activity since 2013.

The statement said that an investigation conducted by the Italian authorities has led to the issuance of 24 arrest warrants on 24 April, 2015.

“Italian telephone interceptions showed that users of monitored mobile phones were constantly on the move, between Libya, Sudan, Ethiopia, Eritrea, the UAE and a number of European countries, highlighting the transnational dimension of the criminal activity,” added the statement.

The Italian investigation confirmed Medhanie’s frequent involvement in organising ‘journeys’ across the Mediterranean towards the Sicilian shores.

“Medhanie remained at large for several months before becoming the subject of an international arrest warrant requested by Palermo judicial authority in Italy” said the statement.

According to Reuters, Medhanie is suspected of working with an Ethiopian, Ghermay Ermias, who is still at large, prosecutors said. He is reportedly still in the lawless Libya.

On Wednesday, the United Nations said that the number of people who have died crossing the Mediterranean in an attempt to reach Europe has topped 10,000 since 2014, pointing that this year has seen a sharp uptick in deaths, with more than 2,800 people drowning since January alone.

It is worth to mentions that Sudan has forged a strategic partnership with several European countries and the European Union (EU) to combat illegal migration and human trafficking.

Sudan has been under EU sanctions since the 1989 coup d’état and didn’t receive any development aid from Europe.

However, the European body reconsidered its position following the weaves of illegal migrants from Syria, Iraq, and Horn of Africa countries. Sudan is identified as a source of migrants to Europe and a transit country for migrants from Eritrea, Ethiopia and Somalia.

Last April the EU officially allocated Sudan 100 million Euro to improve the living conditions for refugees, help Sudanese returnees to reintegrate back into society, and to improve security at the border.

In addition to this support, Sudan benefits from additional funding under the EU Emergency Trust Fund for Africa, in particular from a €40 million programme to better manage migration in the region.

Also, the German government has earmarked €12 million for projects aimed at stemming illegal immigration of Africans across Sudan to Europe.

Also, in 2014, Khartoum hosted a conference on human trafficking in the Horn of Africa, organised by the African Union (AU), the UN High Commissioner for Refugees (UNHCR), the International Organization for Migration (IOM) and the Sudanese government.

Fifteen countries and EU representatives attended the meeting, during which a joint strategy and action plan to combat human trafficking was adopted.