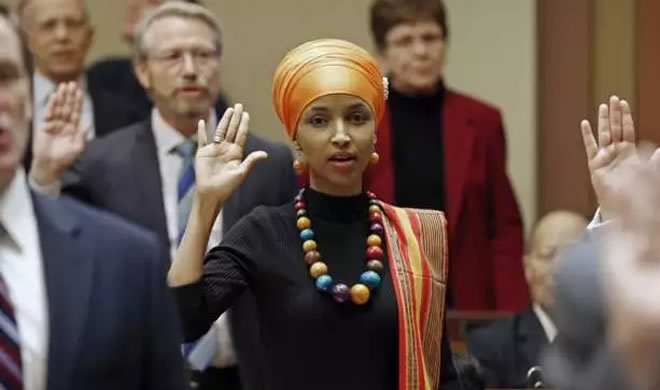 Ilhan Omar has made history by becoming the first Somali-American to be sworn in as a lawmaker in the US.

Born in Somalia in 1982, Omar and her family emigrated to the United States in 1995 after the start of civil war in Somali.

Ms Omar has promised to be a “voice for the marginalised”

The election of Ms Omar, who is Muslim, came just days after US President-elect Donald Trump accused Somali immigrants in Minnesota of “spreading their extremist views”.

US president-elect Donald Trump during his 2016 election campaign, attacked the Somali community in Minnesota, US, saying: “Some of them (Somalians) are joining Isis and spreading their extremist views”.

Meanwhile, a poll recently conducted in America has shown that more than 50 percent of Americans do not trust the president-elect, Donald Trump to rule the country.

Although Trump’s favorability among Americans has risen since the 2016 presidential election, he still has the lowest favorability rating of any American president-elect ever.