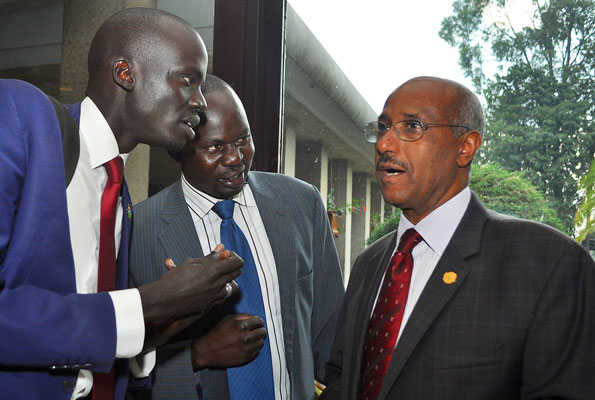 Though IGAD Chief Mediator, Ambassador Seyoum Mesfin, was expected to give a press conference late Friday, it was canceled for an undisclosed reason.

But the statement the block released on Thursday urged President Kiir to retract his order that he issued on October increasing the number of states in South Sudan from 10 to 28.

IGAD, in its first response to the presidential comment, said “In violation of the Agreement, the Government of the Republic of South Sudan issued Establishment Order 36/2015 on October 2, 2015 redrawing the State boundaries of the Republic that expanded the number of states from 10 to 28.”

IGAD described the presidential order as a surprise because the Government had earlier, during the negotiations, refused SPLM-in-Opposition’s suggestions for the creation of a more federal structure. In a seven page statement, IGAD said it had been the SPLM-in-O that had wanted to increase the number of states to 21 as a condition for the establishment of the Transitional Government of National Unity. IGAD said the government should now wait until the constitution-making process takes place, under the supervision of the to-be-formed Government of National Unity.

The presidential order to create 28 states has been widely criticized by the EU, the Troika, and South Sudanese opposition parties, former detainees and civil society organizations. reporterethiopia