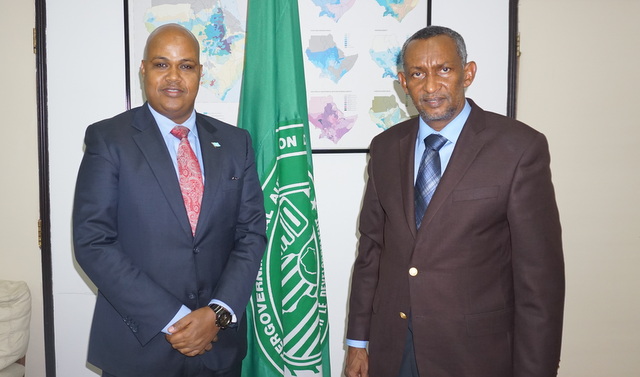 “We are very proud of Mr. Gelleh,” said Ambassador Maalim of the new minister who was a political advisor to IGAD before joining the government. The Executive Secretary commended the government of Somalia for recognizing the talents within the organization.
“ÏGAD is ready to work with the Minister on issues of telecommunications and regional infrastructure,” said Ambassador Maalim.

Mr. Ahmed Hadji, the Permanent Secretary of the Ministry of Posts and Telecommunications, was with Mr Gelleh during his visit.