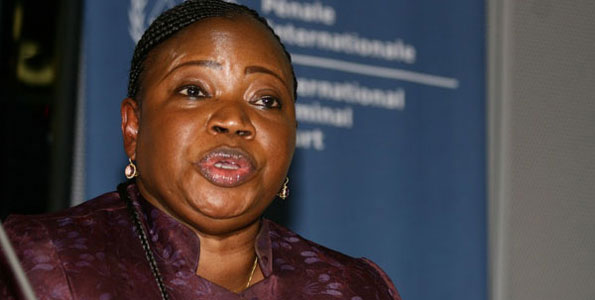 NAIROBI (HAN) April 25, 2016. Public Diplomacy & Regional Security News. The international war crimes court will investigate outbreaks of violence in Burundi that have killed hundreds and forced hundreds of thousands to flee abroad since a political crisis erupted a year ago.

The office of the UN human rights high commissioner estimates at least 430 people have been killed there since last April, when President Pierre Nkurunziza launched a bid for a third term in office and then won a disputed election in July. At least three armed rebel groups have since emerged in the country.

Announcing a preliminary examination by the International Criminal Court, its prosecutor Fatou Bensouda said on Monday she had seen reports of killings, disappearances, imprisonment, torture and rape.

“All these acts appear to fall within the jurisdiction of the ICC,” she said. “…At least 3,400 people have been arrested and over 230,000 Burundians forced to seek refuge in neighbouring countries.”

Western powers and regional states fear Burundi could slide back into the ethnically charged conflict that characterised its 1993-2005 civil war.

Opponents accuse Nkurunziza of violating Burundi’s constitution and a peace agreement that ended the civil war by running for a third term. The president and his supporters cite a court ruling that said he could run again.

In the latest incident in the resulting cycle of violence, gunmen on Monday killed an army general who was a senior advisor to the first vice president, army spokesman Gaspard Baratuza told reporters.

At the weekend, a Burundian army officer being held captive by a rebel group was handed back to his unit, the International Committee of the Red Cross said.

Preliminary examinations at the ICC, based mainly on publicly available information, can last months or years before leading to a possible full investigation. Only then can criminal charges be brought against individuals suspected of war crimes or crimes against humanity.

The court recently dropped its last case against the leaders of regional power Kenya after a fierce lobbying campaign by the country and its African allies alleging that the court unfairly singled out Africans for prosecution.