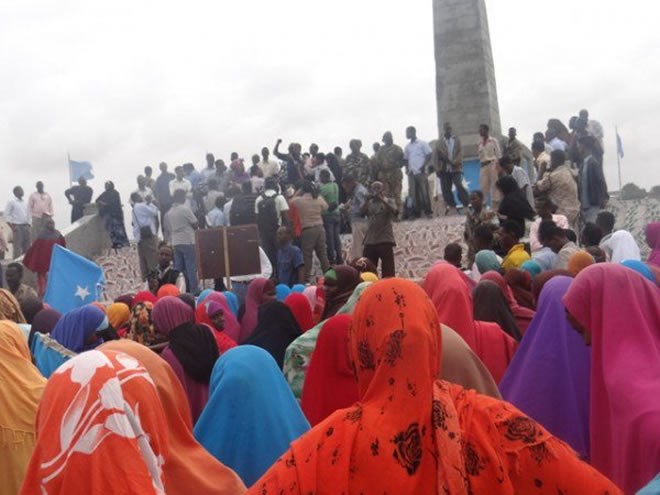 A long-running dispute between the two Horn of Africa neighbours went before the UN’s top court in The Hague this week, which is yet to decide whether it has jurisdiction to hear the claim that will determine the fate of offshore oil and gas reserves.

Led by protesters wrapped in Somalia’s national colours — a white star on light blue — hundreds of people called into the street by the Mogadishu mayor denounced “Kenyan ambitions to claim a portion of Somalia’s territorial waters”.

“There is no one who can purchase Somalia’s territorial waters,” Mayor Yusuf Hussein Jimale said during a rally at a city square.

“We are very much hopeful that the verdict of the hearing at the International Court of Justice (ICJ) in The Hague will be in our favour,” he added.

Somalia took its case to the ICJ in 2014, saying long negotiations with Kenya had proved fruitless.

Both countries lay claim to a triangle of water stretching over more than 100,000 square kilometres (40,000 square miles) that is believed to hold oil and gas.

“This is about integrity. Somalia needs to unite in defending its territorial waters and that is why we are here,” said protester Asha Abdirahman.

A relative newcomer to the oil industry, Kenya is thought to have major potential in a part of Africa recently found to be sitting on significant reserves.

At the start of preliminary hearings Monday, Kenya argued the tribunal was not competent in the case and asked it to dismiss Somalia’s request.

The hearings continue Friday after which the ICJ will rule on whether to take up the case.