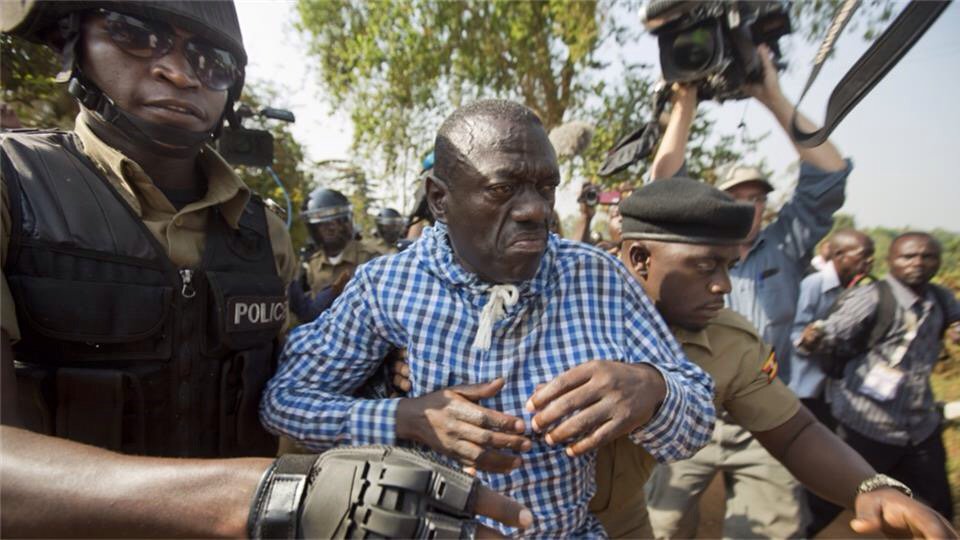 NAIROBI (HAN) March 8,2016. Public Diplomacy & Regional Security News. By: BWESIGYE BWA MWESIGIRE. President Yoweri Museveni came to power after a civil war in 1986 and some Ugandans had hopes this election would be different. Initially the signs weren’t good. The police regularly harassed opposition supporters. In January, Museveni refused to participate in the country’s first pre-election television debate (on domestic policy) between presidential candidates, because “such events were for schoolchildren.” Then in early February he changed his mind and took part in a second debate on foreign policy. The debate was a tepid affair, but raised hopes about a more competitive, open contest. Those hopes were soon dashed. The leading opposition candidate Kizza Besigye was arrested a days before voting day, stopping him from addressing yet another packed rally at Makerere University.

Then on Election Day, the Electoral Commission (EC) did not deliver materials to polling stations where the opposition was predicted to dominate. The police and military (who can’t be separated anymore) arrested Besigye again. Since then, Besigye has been under non-stop detention, sometimes driven from his home to police cells, and returned to spend nights at home.

The EC declared Museveni the winner with 60%, omitting results from opposition strongholds in the tally. Meanwhile, the military had occupied Kampala and its environsand to date does not show any signs of a withdrawal plan.

When Museveni was announced winner of the election, no crowds hit the streets to celebrate. The air of tension refused to dissipate even when social media, which had beenblocked has been reinstated.

The reactions of other African leaders were crucial. Kenya became the first country to send congratulations to the chagrin of many Kenyans and Ugandans. Burundi, North Korea and Russia followed.

The United States in a statement criticised the poll and mentioned that Uganda deserved better. The opposition called the election a sham and asked the youths to take to the streets to protest. Former Nigerian president Olesegun Obasanjo, on behalf of the Commonwealth Observer Mission called for dialogue, to resolve the impasse. Botswanacriticised the poll and called for a peaceful resolution of disputes.

Commentary has been flowing since the election. Here’s what I’d recommend you’d read:

In an article written for TIME.com, Clair MacDougall focuses on the disconnect between the words coming off the US government’s lips condemning the election while the same country continues to line the pockets of Uganda’s military. The Ugandan American Editor of Black Star News, Milton Allimadi, in an open letter to the US President detailed the extent to which the Obama administration has gone to entrench the Museveni dictatorship.

Jamie Hitchen, a researcher at the Africa Research Institute, has a good take on the Electoral Commission’s institutional credibility. He also gives an overview of the numbers. Even better is Development Seed.Their report maps the rigging and ballot stuffing trends.

The journalist and filmmaker Kalundi Serumaga compares the 2016 election to the 1980 election that was so heavily disputed, Mr. Museveni, a candidate who came a distant third took up guns and headed for the tall grass, where he spent five years killing, till he overthrew the ‘elected’ government.

Senior journalist Daniel Kalinaki explains the difference between winning the hearts of the people, and actually taking power in an op-ed column for Uganda’s Daily Monitor.

General David Sejusa, who is in jail over engaging himself in political activities while still a serving soldier writes from his prison cell and provides an insightful analysis of the generational tension in the country’s political space.

Ugandans in the diaspora are also responding to the crisis through protests. Those inCanada were the first. And Boston followed.

As for popular culture, the singer Matthias Walukagga has released a song, “Referee” criticising the Electoral Commission (dominated by Museveni loyalists). When musician Bobi Wine released a pre-election song calling for peace, titled “Ddembe,” (peace in Luganda), it was rumored to have been banned. After the election, the musician removed the gloves and released “Situka (Rise)” whose lyrics capture the mood of the times.

When leaders become misleaders and mentors become tormentors, when freedom of expression becomes a target for suppression, opposition becomes our position.

Chrisogon Atukwasize’s cartoons depict the tensions that existed during the campaign period and show no signs of disappearing soon. In one cartoon, Museveni’s party secretary general threatens that the ‘state’ shall shoot any youth who dare to protest the election result. In another, he portrays Electoral Democracy as dead in Uganda.

As for social media, The Kampala Express, a Facebook newspaper edited by journalist Timothy Kalyegira has perceptive post-election updates that show a growing trend of violence in the country. The medical anthropologist Stella Nyanzi’s Facebook timeline has some of the most well-written opinion and reportage about the entire electoral season. Often colored with sexual imagery, Dr. Nyanzi’s writing proves that the lines between the personal and the political do not exist in today’s Uganda.

As for the rivalry between Besigye and Museveni, according to many a regime propagandist it is personal. Daniel Kalinaki’s 2014 biography of Besigye, who is considered the country’s President-elect by many disgruntled Ugandans, provides an extensive background to the opposition movement against Museveni. The book can be ordered viaAmazon.

Four years before Kalinaki’s book, Olive Kobusingye, a blood relation of Besigye’s published The Correct Line?: Uganda under Yoweri Museveni, which juxtaposes Museveni’s 1980s and 1990s statements about democracy with his deeds in power following Besigye’s first public confrontation of the system in 1999.

Museveni, as usual, gets the last word. It is important for one to read from Museveni’s own pen to put the Besigye (or opposition) perspective in the right context. Sowing The Mustard Seed: The Struggle for Freedom and Democracy in Uganda gives a glimpse into how the man who has ruled Uganda longest, the country’s only living leader (all past leaders are dead) viewed his own contribution to ‘liberating’ Uganda before he took to the bush to fight a five year war, during the war and after he won it and became president.