Home Business How this tech genius created a multi-million dollar trucking company out of... 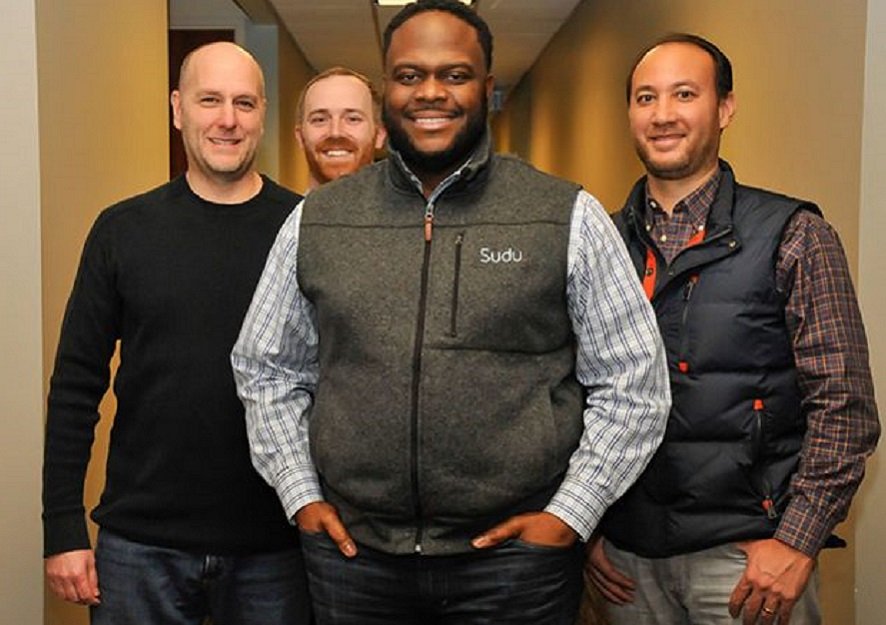 Amari Ruff knew how tough his journey from high school to college and to work has been. So when he finally grabbed a job and helped that business grow to $4.5 million, he was excited about the promise of a promotion.

But his hopes were dashed when the company refused to fulfil that promise. Despite this being a low point in his life, he survived it and it even unlocked a drive and passion in him he never knew he had – entrepreneurship.

Today, Ruff is the owner of a multi-million dollar trucking company called Sudu that connects entrepreneurs – mostly underserved – to huge companies such as Walmart and UPS.

Thought of as the “Uber for truckers”, the long term goal of the company, which is based in Atlanta, Georgia, is to empower all small- and medium-sized trucking companies and have a positive impact on the Atlanta technology community. But this would not be without challenges.

As a young boy, aged 16, Ruff was already working to help his mother raise the home. His father had left him and his two siblings, compelling them to live in homeless shelters.

Ruff at a point had to commute about two hours each day to go to school while also working. But he balanced this very well and eventually got a job, only for the company to disappoint him when he thought he had received his breakthrough.

Realizing that he was armed with entrepreneurial skills, the 34-year-old, having only $300, started a telecommunications company in 2010 with a Ford Ranger. Soon, he expanded this to about 200 trucks and to about five U.S. locations.

Then he observed that underserved entrepreneurs (minorities, women, and veterans) needed a tech company to connect them with larger corporations. That gave birth to Sudu.

Launched in 2015, Sudu is a marketplace that leverages technology to connect small and medium-sized trucking companies to corporations that ship goods.

“When we first entered the market our initial focus was on minority, women and veteran-owned trucking companies. We work with all trucking companies, but we identified this group as the majority of the underserved market,” Ruff said in an interview with The Network Journal.

Ruff had, before this, connected with local trucking associations in Atlanta to acquire more knowledge about the industry and its challenges.

He realized that “90% of all trucking companies had six or fewer trucks within their fleet and diverse truckers (minority, women and veteran owned) made up a large portion of that underserved market.

He said: “In order for the 90% to gain access to quality freight opportunities, they would need to have at least 100 trucks; access to capital; quality infrastructure; and be scaleable. So they go through freight brokers, which are glorified call centres with hundreds, sometimes thousands, of people on phones making calls and sending faxes to complete transactions. Their only goal is to maximize margins off of every transaction with no value add back to the trucker or shipper.”

Finding these gaps, Ruff knew that there had to be a solution to make the business more efficient and enable small trucking companies to compete for bigger contracts.

He had a strategy, and that was “to harness diverse trucking companies and layer technology on top.”

“This would help corporations with supplier diversity initiatives meet their goals, provide better pricing due to leveraging tech (rather than human capital), and also help an underserved market be in a better position to make additional revenue without having to do anything different,” he said.

The name Sudu, which means speed and tempo in Chinese, speaks well to the speed and efficiency the platform has provided the industry from a technological point of view, Ruff said.

Many might as well agree with this, as the tech prodigy has already caught the eye of various international bodies who usually invite him to speak at their tech and entrepreneurial conferences.

Ruff has shared his knowledge at the Nelson Mandela Fellows Panel at Georgia Tech and the Build Your Own Brand (BYOB) conference in Washington, D.C.

The tech genius has also won major awards such as the 2016 NMTA Minority Business of the Year, the 2017 Georgia Trend Magazine Trendsetter, and the 2018 Atlanta Business Chronicle InnoVenture Award.

His business is also not doing badly at all. In just three years, the Atlanta based company, with an efficient staff team, has more than 300,000 trucking companies within its network. Besides Walmart and UPS, the company has also been able to partner with other giant corporations such as P&G, Delta Airlines, Anheuser-Busch, and Georgia Pacific.

Through these partnerships, Sudu has been able to raise over $3m in venture capital, said Ruff, who also spends a lot of time mentoring at various accelerators in Atlanta.