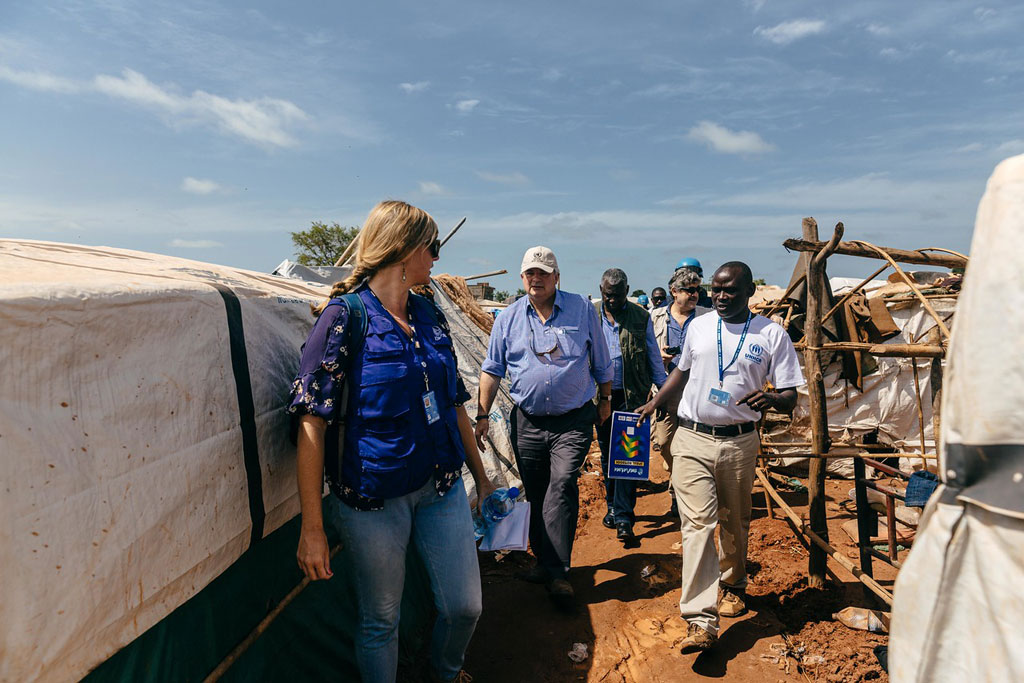 Headed by Michael Heller, the UN team which arrived on Thursday in Wau town said their mission was to assess the humanitarian situation in the area. Heller also said their visit aims at confirming the free access movements of all humanitarian agencies to most affected populated areas across the country.

In Wau town, the teams were received by the state governor Andrea Mayar Acho in his office.

“We are team here from New York as well as from UNMISS and the rest of humanitarian, UN agencies supporting programmes. We are here essentially to take a look at how the UN could support South Sudan in coming year or two,” said Heller.

“The Security Council has asked us to develop recommendations so that they can have understanding on how best to engage the UNMISS and how the agencies can best structure their supports to South Sudan for the coming term. The UNMISS mandates will come to an end in December 2016 and so the security council is looking to us to give them some guidance essentially with respect to how UNMISS can best engage over the next mandate period,” he said.

He said since they arrived in the country, they have been meeting with representatives of the Internally Displaced Persons (IDPs) including many sections of South Sudanese in order to get better understanding of the situation.

Heller said UNMISS also wanted to hear from the people what they could do more in partnership with the government to help to support the political process and consolidate peace in the country as well as help on how to create environment in which the internally displaced persons should return to their homes in safety and dignity.

Meanwhile the state governor, Andrea Mayar Acho, ensured the delegation of good improvement of the security situation in the town.

Acho also mentioned that the UN activities in his state were very useful and called for UN supporting partners to support the United Nations Mission in Wau town to accelerate their efforts in supporting the needy people within and outside the state capital.

“The state government is in full cooperation with the UN agencies in Wau and that we [are] asking these agencies to support the government to encourage these displaced persons to return to their homes since the security situation in Wau is currently stable,” he said.

“We are not only asking the support to those at the UN camps, churches or those at the ICRC compound but also we need these civilians at the rebel controlled areas in the three counties to be provided with necessary assistance,” he said.

Acho said providing assistance to those outside the town would also encourage those still living at the protection sites to return to their homes, arguing they will know that everybody is being protected.