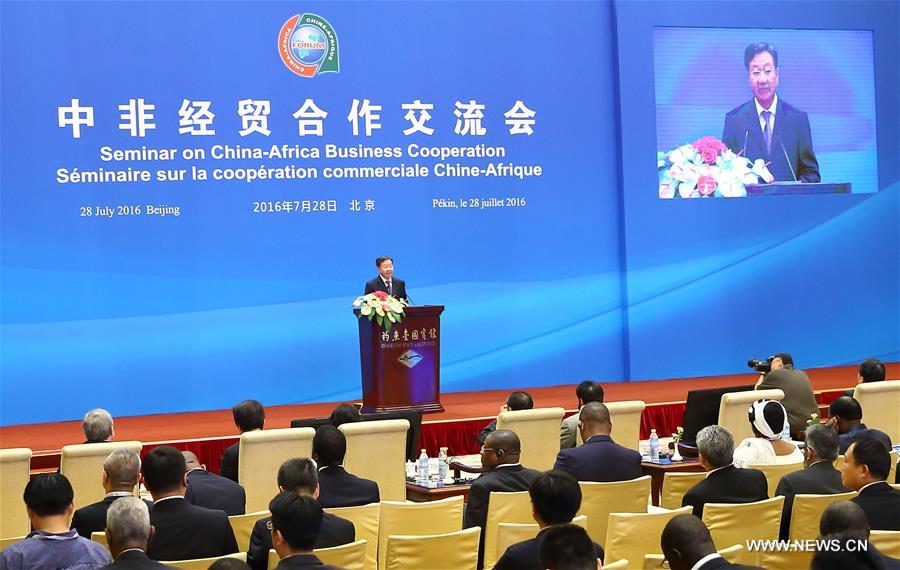 During the session at Ministerial level, the process registered in the implementation of different African projects worth 60 billion dollars was assessed. The funding of the projects obtained from the PRC in the form of assistance and soft loan in accordance with the agreement reached at the previous meeting of African and PRC leaders in Johannesburg, South Africa, are to be implemented during the period 2016 to 2018.

The PRC Minister of Foreign Affairs, Mr. Wang Yi, and the Minister of MOFCOM, Mr. Gao Hucheng, delivered reports at the latest meeting as regards general implementation China-Africa cooperation programs and the ones regarding the current activities of the six big Chinese financial institutions in Africa.

Meanwhile, Mr. Hagos Gebrehiwet and Mr. Gao Huncheng have signed an agreement for the development of the Mai-Nefhi College of Science and Technology in accordance with the already existing economic and technical cooperation accord between the two countries.

Eritrea on UN Human Rights Council “fail to meet the minimal standards of a free democracy.”