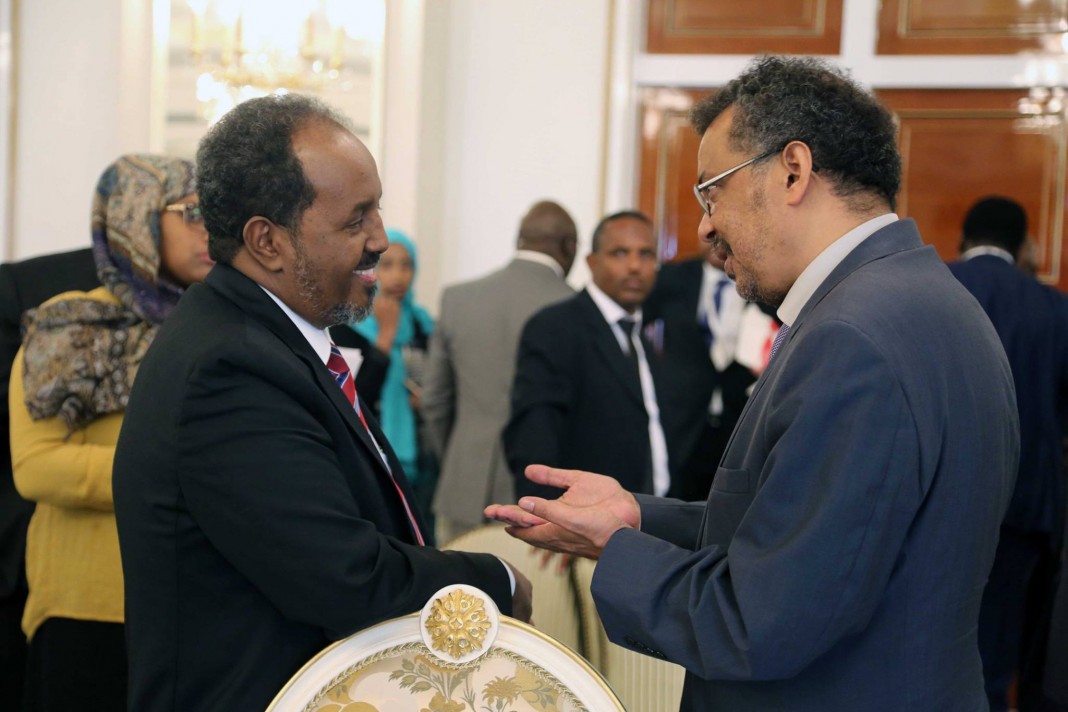 ADDIS ABABA (HAN) February 29, 2016 – Public Diplomacy and Regional Stability Initiatives News. The Summit of the Heads of State and Government of Troops Contributing countries to the African Union Mission in Somalia (AMISOM) was held in Djibouti on Sunday (February 28, 2016). Smail Cherguie, AU commissioner for Peace and Security, in his speech, appreciated the effort of all stake holders who are participating on the ongoing stabilization of Somalia and urged the international community to further strengthen the mission.  H.E. Prime Minster Hailemariam Dessalgne also addressed the meeting and appreciated the determinations of AMISOM for the realization of peace and stability in Somali.

He acknowledged the efforts of all troops contributing countries to AMISOM as a true spirit of Pan Africanism.   H.E. Hassan Sheikh Mohamoud, President of the Federal Republic of Somalia on his part commended the contribution of troops contributing countries to AMISOM in their endeavor to achieve peace and stability in Somalia. He added practical achievements were registered in Somalia since the deployment of AMISOM troops in 2007, which had been a success in exercising an African Solution for an African Problem. He said the sacrifice that had been paid by AMISOM troops will remain as part and parcel of the country’s History.  Furthermore all the participants stressed on the need for the support of the international community to further strengthen AMISOM. The Heads of State and Governments of Troops Contributing countries to the African Union Mission in Somalia (AMISOM) had signed the Declaration of Djibouti on AMISOM that would further consolidate the AMISOM’s mission of stabilizing Somalia.