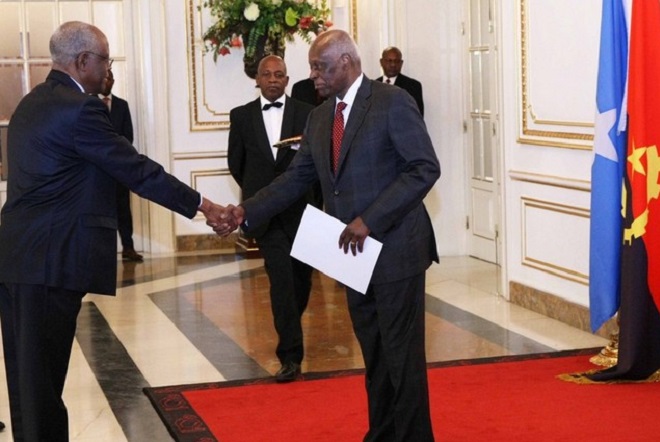 Luanda (HAN) June 11.2016. Public Diplomacy & Regional Security News. The Angolan head of State José Eduardo dos Santos Friday in Luanda accredited seven new ambassadors, five of them from Africa, one from Australia and one from America.

The head of State, José Eduardo dos Santos, received the credentials of the above mentioned diplomats in separate ceremonies.

South Sudan and Central African Republic are member states of the International Conference on the Great Lakes Region. Both are opening their missions within the context of friendship and cooperation ties they enjoy with the Republic of Angola.

The ceremony was witnessed by the Foreign minister, Georges Rebelo Pinto Chikoti, and officials of that ministerial department.