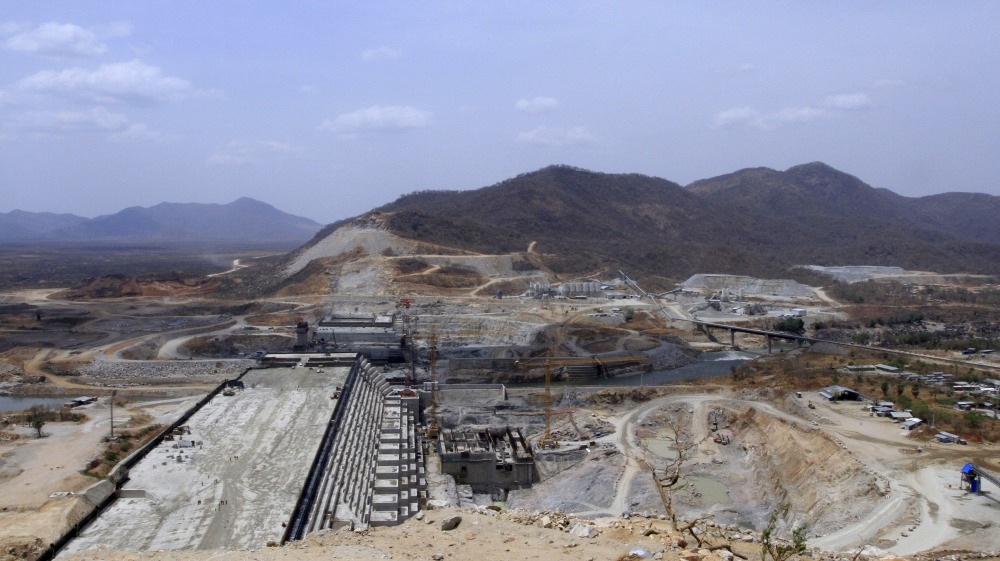 Nairobi (HAN) April 18, 2016. Public Diplomacy & Regional Security News. With Ethiopia in the grip of its worst drought in decades, the government has appealed for aid to help the 10 million people living in Africa’s second most-populous nation.

But in the town of Wukro, surrounded by the rocky, arid mountains of the northern Tigray region, the government is investing longer-term efforts to ensure a supply of fresh water that will go far beyond the immediate needs of aid.

With a mushrooming urban population, water needs are only set to grow as the number of people living in towns soars from 70 million today to an estimated 100 million by 2050.

A man walks near a carcass of a dead cow in Farado Kebele, one of drought stricken Somali region in Ethiopia. File photo

In a bid to anticipate future need, the government is stepping up construction of wells to pump ground water in a project backed by both the United Nations and charities.

“Lack of water affects everything: food, health, education and children’s futures,” warns the UN children’s fund (UNICEF), which is working with the government to boost access to clean water and health in new, rapidly-growing towns.

“Urbanisation must be accompanied by access to water and improved hygiene,” says Tamene Gossa, an urban hygiene expert with UNICEF, warning that without it, new districts risk becoming slums.

For Wukro, a town of some 43,000 people, new wells have been dug some 18 kilometres (11 miles) away, tapping into major groundwater supplies. Late last year, clean water emerged from a well some 200 metres (650 feet) deep which now supplies the town.

“We supply 50 litres per day, per person, which means the population in Wukro is now… safe,” says Tesfalem Hagdu, deputy director of water resources for the Tigray region.

Women collect water from a stream outside the village of Tsemera in Ethiopia’s northern Amhara region in this file photo.

Floods and failed rains caused by the El Nino weather phenomenon have sparked a dramatic rise in the number of people going hungry in large parts of Africa, with southern Ethiopia an area of special concern.

Food insecurity is a sensitive issue in Ethiopia, which enjoys near-double-digit economic growth, but which has struggled to change its image following the famine of 1984-85 which followed an extreme drought.

While northern Tigray has escaped the worst of today’s El Nino drought, it has still seen water shortages, and the area around Wukro is dry and dusty.

But there have been huge efforts to change the situation, with the authorities planting acacia and eucalyptus tree seedlings in a bid to limit erosion, to help water infiltrate the soil and feed underground springs.

Water experts hope to be able to supply the wider region within the next two decades.

“The water coverage for 2035 will be 100 percent — not only for Wukro, but for five other villages around,” says Abdul Wassie, technical chief of the region’s water resources.

But the city has also gone further, with hygiene-related programmes to increase awareness about sanitation issues.

Two years ago, a primary school in the town created a water and sanitation club to promote basic hygiene.

In a remote town like Wukro, where health services are limited, basic tasks such as washing hands regularly can make a big difference to cutting overall sickness.

“Since then, everything changed and sickness decreased,” Selamawit says, praising the educational impact the project has had on the wider community.

As well as raising awareness, there has also been the construction of sorely-need infrastructure, such as toilet blocks for the school which were built last year.

Last year, Ethiopia celebrated the achievement of halving the number of people without access to safe water since 1990, with 57 percent of the population now using safe drinking water.

But the challenges remaining are huge.

According to UNICEF, 180,000 children under five die each year — 500 a day — in sub-Saharan Africa from diarrhoeal diseases due to poor access to water and inadequate hygiene conditions.