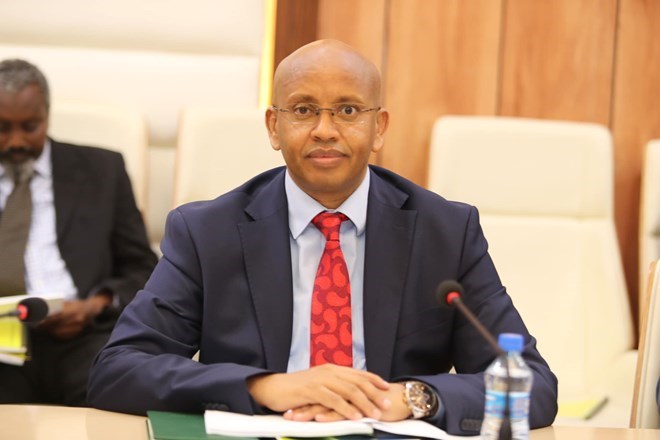 An ice-breaking meeting between president Mohamed Abdullahi Farmajo and his Prime Minister, Mogadishu mayor, Southwest, Galmudug and Hirshabelle leaders has kicked off in Mogadishu on Monday.
Ahmed Mohamed Madobe and Saed Abdullahi Deni of Jubbaland and Puntland states respectively have skipped the meeting, citing that they were not officially informed the forum.
Speaking to the media, Minister of Information Osman Abukar Dubbe has expressed hope that the two leaders join the summit to discuss differences over electoral process.
“The conference will continue; this is just the opening of the talks. We are hoping and praying that the (regional) Presidents who were absent today will be able to join us tomorrow,” he said.
The leaders who were at loggerheads with president Mohamed Abdullahi Farmajo in recent months, have had meeting with International community over ways to iron their differences with the federal government.
In a what seems to be buying time for the talks between the international community and the two leaders, UN urged the federal government and other stakeholders to hold ‘further informal consultations’ to pave the way for the national consultative forum address the contentious issues.
“UN notes today’s pre-meeting for the planned summit, with partial FMS representation; urges further informal consultations in coming days to ensure full participation needed for this event to produce #consensus on implementation of the 17 September electoral model,” the organization said in a Twitter post.