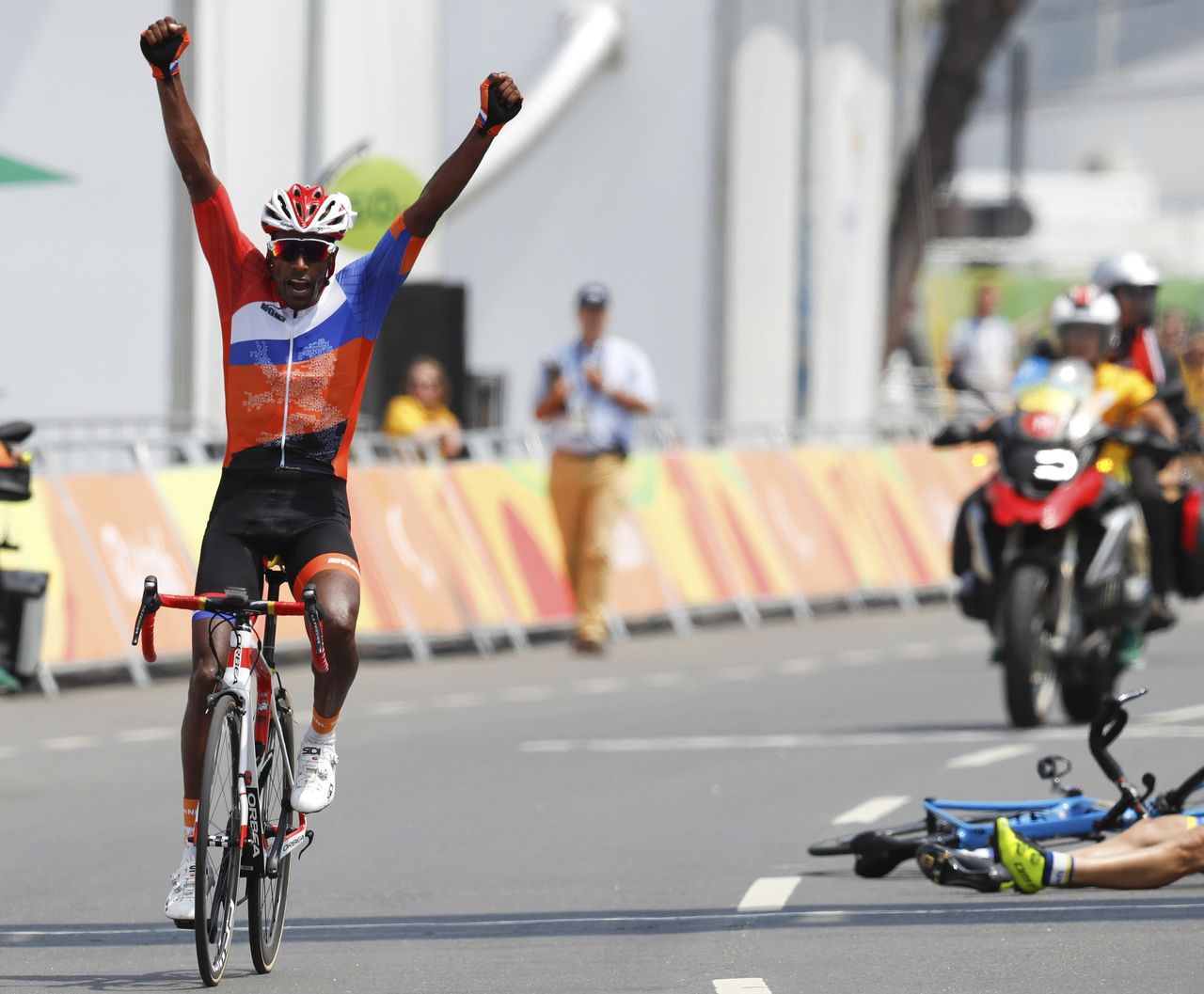 NAIROBI (HAN) September 19.2016. Public Diplomacy & Regional Security News. By Joost Pijpker. Cyclist Daniel Abraham Gebru Saturday has remarkably won the road race at the Paralympic Games. The 31-year-old Dutchman seemed on his way to third place until the two riders who came and fell into conflict with the sprint with another reason for him. A surprised Abraham rushed the duo in the final meters by.

Abraham, who sixteen years ago Etitrea fled because of the war, according to the NIS joined by four laps from the end with the two leaders, Yegor Dementjev and Alistair Donohoe. When arriving in sight was the Dutchman could no longer follow the pair. But not much later he was still winning over.

A few hours after the victory was a second cycling medal: gold for Vincent ter Schure and pilot Timo French on the road race for athletes with a visual impairment. The pair beat in the sprint Ignacio Ávila Rodríguez and his pilot Joan Font Bertoli.

The gold medals of Gebru and Ter Schure / French are the fourteenth and fifteenth of the Dutch team this Paralympic Games. The Netherlands also won in Rio de Janeiro eighteen silver and 24 bronze medals, a much better harvest than at the London Games in 2012. The Netherlands is thus in seventh place in the medal tally.

The Paralympic Games are now working on the last day. Later in the evening is partly sprinter Marlou van Rhijn still in action during the finals of the 100 meters. She previously won gold in the 200 meters.