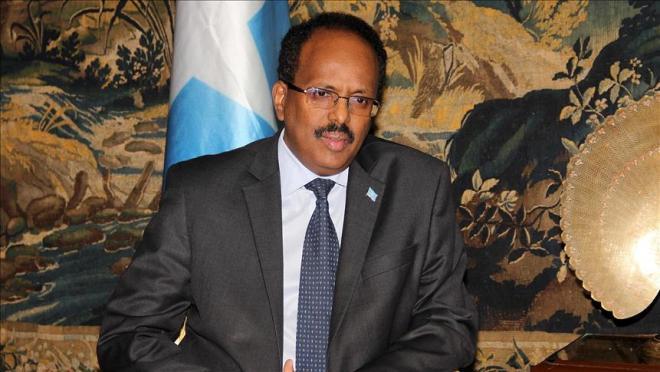 Egypt’s Assistant Minister of Foreign Affairs for African Affairs Ambassador Sherif Issa visited the Somali capital, Mogadishu, on 7th December to participate in the opening of the fifth forum of international partnership with Somalia In his speech at the forum’s opening, Issa highlighted Egypt’s support for efforts to rebuild Somalia’s state institutions, and praised the country’s progress in economics and financial policy. He called for all support to be given to Somalia, so that it can rebuild its state institutions, and restore security and stability.  He also praised the important and pivotal role played by the United Nations Mission for Somalia and the African Union Peacekeeping Mission in Somalia (AMISOM).

Issa added that Egypt continues to support Somalia through its current membership of the African Peace and Security Council, and through bilateral cooperation between the two countries. This is being conducted in a way that achieves the interests and aspirations of the two countries’ citizens in various fields. During his visit, Issa met with Somalia’s Minister of Foreign Affairs Mohamed Abdirizak. The two officials discussed developments in Somalia, alongside the regional situation in neighbouring countries and their implications for security and stability in the Horn of Africa The two sides also reviewed ways to advance bilateral relations between the two countries that reflects the historic and extended friendship between the two and confirms the Arab aspirations for Somalia.

Journal Information: The Horn of African (Geeska Afrika Online 1985-2020) Perspective presents critical analysis of the global, regional, and transnational issues affecting the Horn of African countries, Eritrea, Ethiopia, Kenya, Somalia, Djibouti, Uganda, Sudan and South-Sudan. The Geeska Afrika Online journal brings cogent, thought-provoking examination of the significant developments in the Horn of Africa and east Africa and promotes a healthy exchange of ideas among scholars, students, and policymakers in an IGAD’s regional Security Watch platforms since 1985.