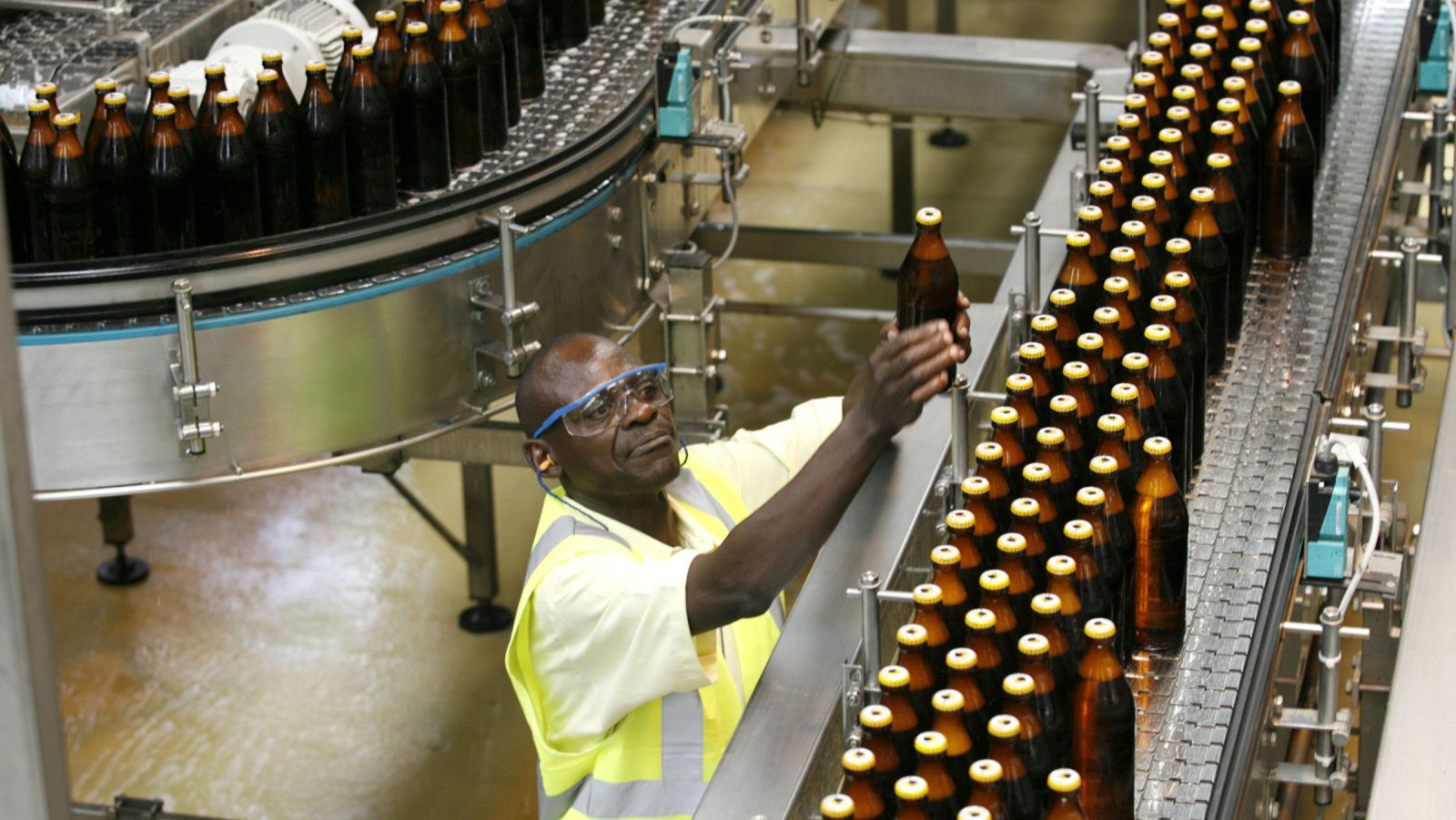 Diageo unit Uganda Breweries Limited (UBL) has pinned hopes on Ngule, or “Crown” in the Luganda language, that started production this year based on cassava, a tuber that is a staple food in the nation at the heart of Africa’s Great Lakes region.

Ngule has captured 7 percent of the formal beer market in just five months after launch, UBL says, winning customers in dusty drinking holes in poor districts of Kampala like Hope Naturinda’s bar, where it sells for 2,200 shillings ($0.65) per 500 millilitres, less than half the price of Diageo’s renowned Guinness brand.

“More than half of my customers take Ngule now,” said Naturinda. “It’s affordable and very strong.”

It also highlights a challenge multinationals have faced across Africa. While the continent still boasts some of the world’s fastest growing economies, even with a commodities price slide, global consumer brands are still waiting for a new middle class to emerge wanting to pay for their best-known products.

Some have responded by scaling back plans for the continent, with foods giant Nestle saying last year it was cutting 15 percent of its workforce in Africa because it had overestimated the rise of the middle class.

But in the beer business, brewers from Nigeria to Kenya and Uganda to Mozambique are turning instead to maltose extract from cassava or malted sorghum grain to replace pricier barley, helping reduce input costs and creating new popular products.

“To play seriously within the affordable segment in Africa, which is one of the largest in the world, it is important to produce beverages that are attuned to local tastes, at prices that are fair and reasonable,” he said.

“A substantial amount of alcohol consumed in most of these markets is informal and untaxed because mainstream alcohol is relatively unaffordable,” said SABMiller’s Hudson.

Consequently SABMiller is fighting back with drinks tailored to specific markets. In Zimbabwe it is commissioning a new production line for its sorghum-based Chibuku beer, the third expansion in three years, and in Mozambique its cassava-based Impala brew is winning clients in the capital and beyond.

“I drink Impala because it’s the cheapest beer around here,” said Clemente Macie, a plumber, sipping from a bottle at “Pequeno Brasil” (Little Brazil) bar, in Khongolote near Maputo.

In the race to produce cheaper brands, some multinationals are buying up local brewers. In 2012 Diageo bought a 50 percent stake in South Africa’s United National Breweries (UNB), the country’s leading maker of traditional sorghum beer known as Umqombothi, and last year bought up the rest of the company.

Meanwhile others have been investing in local agricultural production to guarantee supplies of the right ingredients.

Local sorghum has been a barley substitute for Nigerian Breweries, a unit of Heineken, since the 1980s. Since last year, it has worked with a local firm and U.S.-based non-profit organisation International Fertilizer Development Centre (IFDC) to improve cassava production.

“The brands that contain maltose extract from cassava in their recipe are presently the fastest selling beer brands in Nigeria,” said Heineken spokesman Jesper Kleingeld, adding that in Africa his company aimed to source 60 percent of its raw materials locally by 2020.

Kenya-based East African Breweries Limited, a Diageo unit, has already doubled the proportion of materials sourced locally to 80 percent from 40 percent in the past three years, partly driven by demand for its sorghum-based Senator Keg beer.

Senator Keg, sold by the mug rather than in more expensive bottles, costs the equivalent of 40 Kenyan shillings ($0.4) for 500 ml, whereas EABL’s well known Tusker brand sells for 180 shillings for a 500 ml bottle, mirroring prices in Uganda.

That is good news for consumers like Gilbert Amoko, a 35-year old driver in Kampala, who says he can now afford to drink regularly.

“I used to drink occasionally because I could not afford it. With Ngule I can afford to drink at least three times a week,” he said.