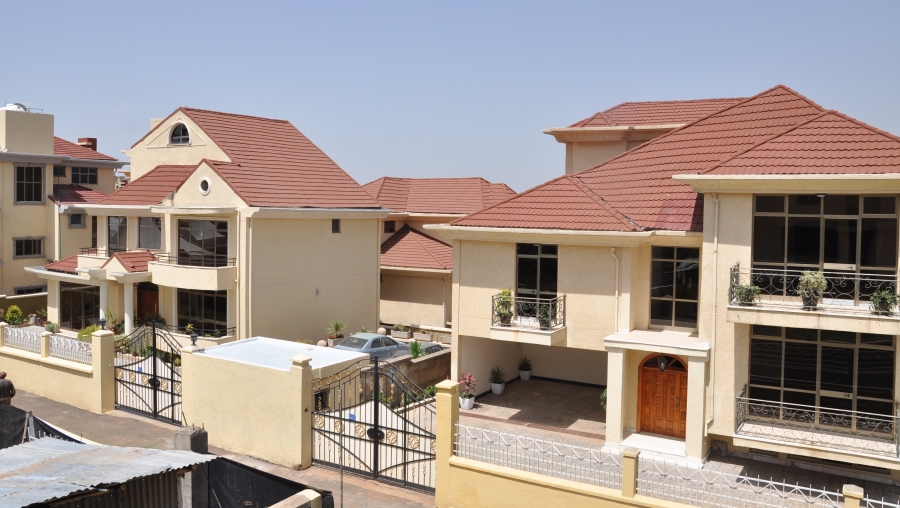 ADDIS ABABA (HAN) May 23.2016. Public Diplomacy & Regional Security News. A set of villas constructed at locally known as CMC areas by the Gift Real Estate local company, were inaugurated yesterday. The company is developing real estate in three sites in the eastern part of the city.

At the inaugural ceremony, Urban Development and Housing State Minister Getachew Hailemariam said that the government is working closely with the private sector for the development of housing and construction to address the growing demand of the society.

He said that the government is committed to solve the acute problem of housing in urban centers mainly targeting the low income earners. To this end, the Minister said the government strongly believe that the role and contribution of the private sector is indispensable to materialize the aspirations.

Real estate developers have big contribution to change the image of urban areas for better in addition to solving housing problems. Therefore, private companies are very much welcomed to massively engage into the sector, the Minister noted.

In addition, he said that the sector is contributing a lot through job creation. Over hundred thousand employment opportunities have created in the housing development programs being carried out by the government and private sector. Indigenous companies like Gift Real Estate are the front runners of this endeavor, Getachew remarked.

Gift Business Group Companies Managing Director Gebreyesus Igata on his part said that his company has been developing real estate since 2006. Presently, the company is constructing 1,300 apartments at a cost of over two billion Birr. This has created over 1500 jobs to fellow citizens.

Gebreyesus said that the company is committed to address the growing housing demand in the country. To this end, the company is exerting its level best to reach out different parts of the country as well as the east African region.

He said said that the villas which are handed over to the owners today is situated on 16,000 meter square and constructed at a cost of 132 million Birr including various infrastructural development.