Home frontpage The Ghost of the IMF’s Past 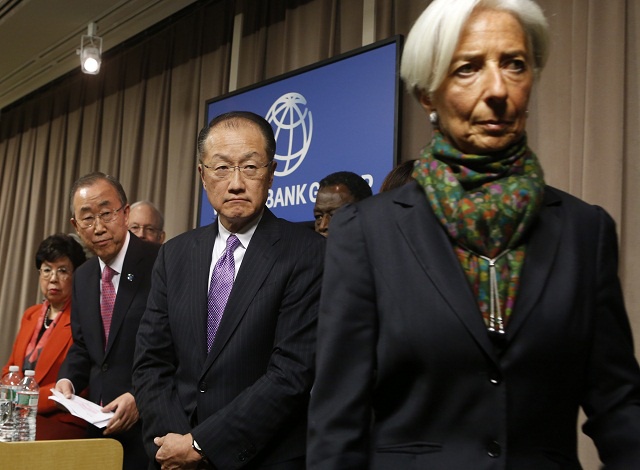 NAIROBI (HAN) May 1. 2016. Public Diplomacy & Regional Security News. It’s May Day today, but we still have some work to do. To the coalface we go.

Is the ghost of the IMF’s past back to haunt Africa? It seems these days that no economic news item about the continent is complete without some reference to “The Fund.” So we kick things off with a story about the IMF’s latest tussle with the government of Mozambique.

(1) It was revealed this past April that Mozambique, previously the IMF’s poster child for a “new Africa”, had not disclosed about US$1 billion worth of debt to the Fund. The Mozambican government maintains it didn’t see the need to disclose the debt because it was contracted to protect the country’s“strategic infrastructure.” For instance, about half of the previously undisclosed amount is said to have been contracted by Pro-Indicus, established by the state in 2012 to protect the country’s newly discovered oil and gas reserves.

Whatever the reasons for the non-disclosure, the IMF’s upset and has since suspended additional lending to Mozambique setting off a chain reaction of similar actions by the World Bank and the UK government.

(2) Still on news about the IMF and Africa: the South African Mail and Guardian wins our headline of the week competition with this: “After fighting hard, Zambia expected to stumble into the IMF’s waiting arms”. Notice that the headline says nothing about those arms being loving arms.

(3) Sticking with Zambia, we came across this paragraph showcasing the dubious promise of privatization and so-called “tax incentives”:

Unfortunately, when [Zambia’s copper] mines were privatized in the 1990s, [at the behest of the IMF, World Bank and other donors] investors in the sector were offered very attractive tax incentives that shielded them from paying higher taxes as the copper prices rose. As a consequence, despite copper making up more than 70% of total exports, the contribution to tax revenues is relatively small compared with other countries. In 1992, when the mines were owned by the state and copper prices averaged $2,280 per ton and production was 400,000 tons, the government was able to collect $200million in revenues and other remittances. In 2004, when the mines [had been privatized] and the copper prices had risen to $2,868 and copper production was 400,000, the government only received about $7million in revenues.

(4) This type of economics that unambiguously promises magical things to appear out of lower corporate taxes and privatization has rightfully been called “voodoo economics.” And we are happy to learn there is now growing opposition to it among the younger generation, like the former New York Times economics reporter Catherine Rampall (now an opinion writer at the Washington Post):

Just 35 percent of respondents [inthe latest youth poll from Harvard’s Institute of Politics] said they agreed with the statement that tax cuts are an effective way to increase growth, which is 5 percentage points lower than last year and the lowest share since the poll first asked a question with this phrasing. This is bad news for Republican candidates, all of whose economic policies are predicated on very generous assumptions about tax cuts and growth.

(5) Talking about voodoo economics, it appears that economists are willing to sacrifice more than half a thumb to publish in the American Economic Review, the profession’s most prestigious scholarly outlet.True story.

(6) One of our favorite economists Dani Rodrik has a really illuminating piece dispelling the myth that protective trade barriers in advanced countries (as advocated for by, for instance, U.S. Senator Bernie Sanders) spell doom for the world’s poor. Professor Rodrik dispenses with the myth not by making things up but by appealing to the actual historical record:

[T]here is nothing in the historical record to suggest that poor countries require very low or zero [trade] barriers in the advanced economies in order to benefit greatly from globalization. In fact, the most phenomenal export-oriented growth experiences to date – Japan, South Korea, Taiwan, and China – all occurred when import tariffs in the US and Europe were at moderate levels, and higher than where they are today.

(7) And Professor Rodrik blessed us twice this week by publishing a piece challenging the promise of so-called structural reform – the kind of reform agenda inflicted on Africa in the 80s and 90s. Here’s a sample:

But the [structural reform] policy prescribers, it seems, suffer from selective memory. Structural reform as a remedy for slow (or no) growth has been around at least since the early 1980s. At that time, the World Bank began to insist on economywide liberalizing reforms as the quid pro quo for developing countries in Asia, Africa and the Middle East in return for “structural adjustment loans”…Oddly, though, debate over the reforms pressed on Greece and other crisis-battered countries in the periphery of Europe did not benefit from lessons learned in these other settings. A serious look at the vast experience with privatization, deregulation and liberalization since the 1980s would have produced much less optimism about the benefits of the kinds of reforms Athens was asked to impose.

(8) We found this much retweeted piece by The Economist on the challenges of manufacturing in Africa confusing to read (we weren’t surprised, actually). The piece subtly manages to re-manufacture (no pun intended) the trope that Africans are incapable of doing anything because they are corrupt and so on. The piece rightfully acknowledges that the continent was more industrialized in the 1970s than it is today but (purposely?) neglects to point out that the reasons for de-industrialization over the last 30 years are largely ideological. For instance, much of the continent began to de-industrialize long before the energy crisis that’s currently afflicting it. Whereas the energy crisis is a constraint on industrialization today, The Economist doesn’t explain why de-industrialization happened in the first place. We’ve written before about this type of historical amnesia when it comes to the debate about Africa and industrialization here and here.

(9) Finally, the good team at Zikoko Magazine have put together this useful list of steps needed to start “a successful Nigerian Church Business.” It’s no joke oh. Times are hard and we all have to make a living somehow.