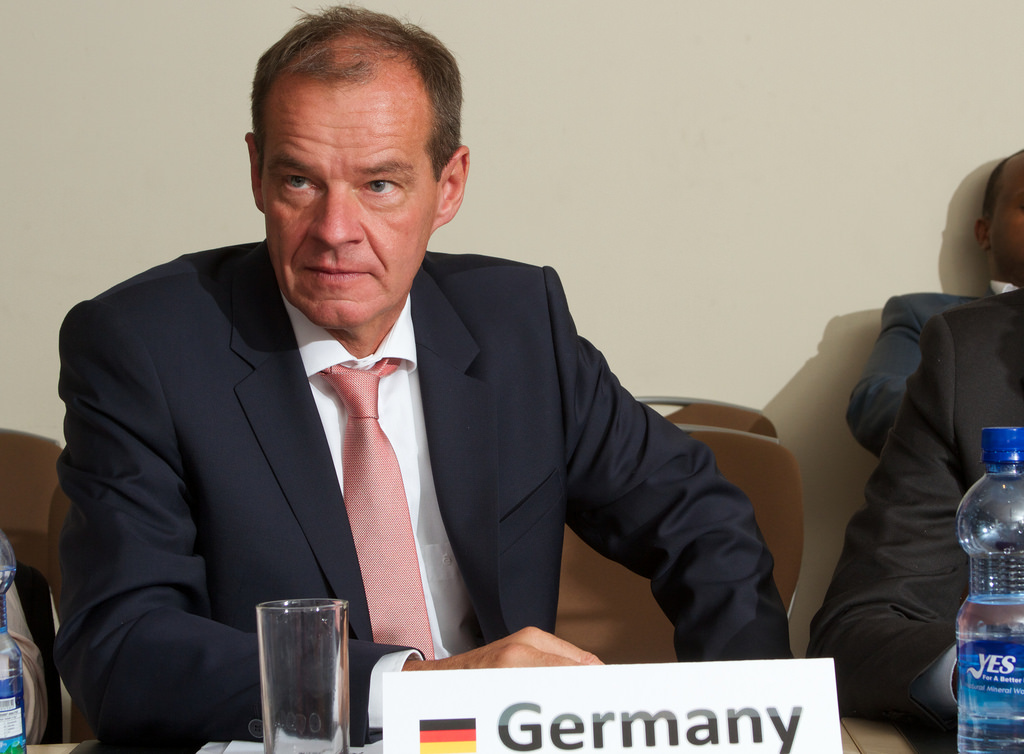 ADDIS ABABA (HAN) February 29, 2016 – Public Diplomacy and Regional Stability Initiatives News. In a statement released on Sunday (February), the German Embassy in Addis Ababa disclosed that Germany is offering further support for three new humanitarian projects in Ethiopia amounting to US$3.44 million. Thomas Terstegen, the Charge d’Affaires at the German Embassy said “We’re actively observing the humanitarian situation in Ethiopia and the severe consequences that millions of Ethiopians are currently facing as an effect of the El Nino phenomenon.” Thomas Terstegen reiterated that his government commended the efforts of the Ethiopian government to react to both the challenges of hosting more than 730,000 refugees in Ethiopia and coping with the impact of the current drought. The Charge d’Affaires noted, “Thus, the German government had decided to further increase its support to the Ethiopian people and to the refugees from neighboring countries who are being received with immense hospitality in Ethiopia.” Among the three humanitarian projects the country is offering its support, two of the projects are aimed at improving the living conditions of refugees in Ethiopia while the other project, being implemented by the German non-governmental organization (NGO) Humedica, seeks to improve basic health services in the Melkadida, Kobe and Dollo Ado refugee camps in Ethiopia. The government of Germany has been actively engaging with the government of Ethiopia through the German international co-operation organization (GIZ) and the German development bank (KfW) to mitigate the severe effects of the drought in Ethiopia triggered by El-Nino.