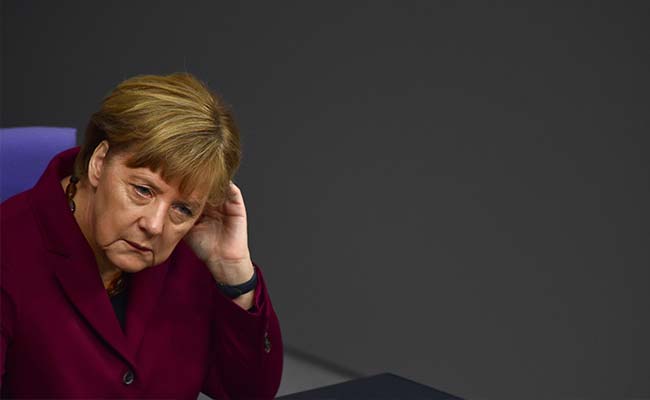 ADDIS ABABA By Andreas Rinke and Aaron Maasho. German Chancellor Angela Merkel urged Ethiopia on Tuesday to open up its politics and ensure police do not use heavy-handed tactics against protesters, after more than a year of unrest that rights groups say has led to about 500 deaths.

Merkel, who spoke at a news conference with Prime Minister Hailemariam Desalegn, arrived in Ethiopia after a fresh flare-up near the capital of the clashes that have cast a shadow over a nation with one of Africa’s fastest-growing economies.

The violence prompted the government to declare a nationwide state of emergency on Sunday. It says the death toll cited by rights groups is exaggerated and blames the wave of violence on “armed gangs” backed by foreigners.

Western states, which are among the biggest donors to what is still a poor nation, want their companies to win deals in Ethiopia but have become increasingly concerned by the government’s authoritarian approach to development.

“I made the case that you should have open talks with people who have problems,” Merkel told Hailemariam, adding that police should respond proportionately to protests.

Last week, protesters ransacked or burned about a dozen mostly foreign-owned factories, flower farms and other sites, accusing the government of building on seized land and stifling opposition.

Opponents blamed police for provoking a stampede at a festival in Oromiya that killed at least 55 people on Oct. 2.

“In a democracy there always needs to be an opposition that has a voice – in the best case in parliament,” Merkel said, during the visit which a German diplomat said included a meeting with members of civil society groups and opposition politicians.

Opposition parties failed to win a single seat in parliament in the 2015 election, accusing the government of rigging the vote – charges which it denies. There was just one opposition lawmaker in the previous assembly.

“The government is not using extreme violence. If it happened, we will investigate the units involved,” the prime minister responded.

Addressing parliament the day before Merkel arrived, Ethiopia’s president called for an amendment to the election law to allow “alternative voices” to be heard – an offer that senior opposition figure Merera Gudina said was “too little, too late”.

Merera, chairman of the Oromo Federalist Congress, from a region where protests have raged, said Merkel should push for the release of political prisoners and a national dialogue.

The government denies it detains people for their politics.

In another show of German discontent, a diplomat said Addis Ababa had proposed that Merkel address parliament, but Berlin refused because it lacked any opposition members.

The diplomat, who asked not to be named, said the message being sent was that there was “no business as usual”.

The German-based human rights group Gesellschaft fuer bedrohte Voelker said Merkel should have been even tougher.

“With more than 500 suspected dead, Merkel should have insisted on an independent United Nations investigation to make clear that the brutal oppression of government critics is turning the country into a powder keg and will force more people to flee,” said Ulrich Delius, the group’s African expert.

The international community has praised Ethiopia for its economic achievements and development strategy. Under this, healthcare and other types of social support have spread across a country where most people rely on subsistence farming that has been hit by severe drought in the past two years or more.

PACE OF GROWTH AND REFORM

A nation still renowned in the West for a devastating 1984 famine exacerbated by the policies of the then Marxist government, Ethiopia has been one of Africa’s fastest-expanding economies for the past 15 years of so. In 2015, growth was 10 percent.

But the lack of public space for criticism has risen up the agenda for Western powers. U.S. President Barack Obama told his Ethiopian hosts in Addis Ababa last year that greater political openness would “strengthen rather than inhibit” development.

The government said at the time it ensured political freedoms but differed over the pace of reforms that Washington wanted.

Till now, Chinese firms and financing have been a major driver of growth, building high-rise towers and a metro system in Addis Abba, and constructing a new railway that links the capital of the land-locked nation to Djibouti port.

Western investors have also secured deals. Britain’s Diageo and Heineken of the Netherlands have bought breweries, Dutch and Belgian firms run flower farms and companies such as Hennes and Mauritz (H&M) are starting to source clothes from Ethiopian plants.

Merkel also visited the headquarters of the African Union, which are in Addis Ababa. She called for the body to try to solve the conflict in Libya and also urged African states to increase efforts to fight Islamist militants. (Writing by Edmund Blair and Madeline Chambers; editing by David Stamp, Pravin Char and Peter Millership)