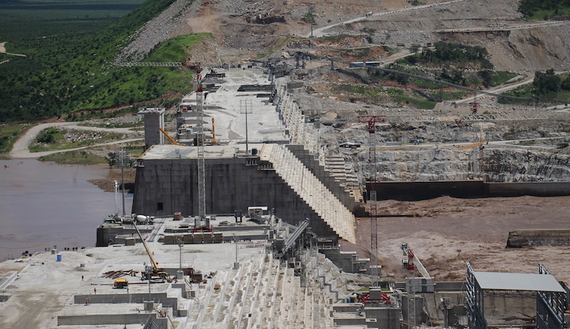 The tension arose almost as soon as then-Ethiopian Prime Minister Meles Zenawi laid the foundation stone in April 2011 for the now almost-finished dam.

Political and technical negotiations between the capitals, Cairo and Addis Ababa, are stumbling as the countries try to agree on policies to reduce the risks Egypt expects if Ethiopia begins operating the dam without considering consulting firms’ recommendations.

Al-Monitor was part of the first Egyptian press delegation’s visit to the project site July 31, in coordination with the Stockholm International Water Institute and the Nile Basin Initiative’s Eastern Nile Technical Regional Office. Ethiopian officials — who traveled from Addis Ababa where policies are made to the Benishangul-Gumuz Region where the Renaissance Dam is — sent a number of positive messages calling for transparent cooperation on dam issues with Egypt and Sudan. They also tried to reassure Egypt’s concerned public about Ethiopia’s progress on the dam. 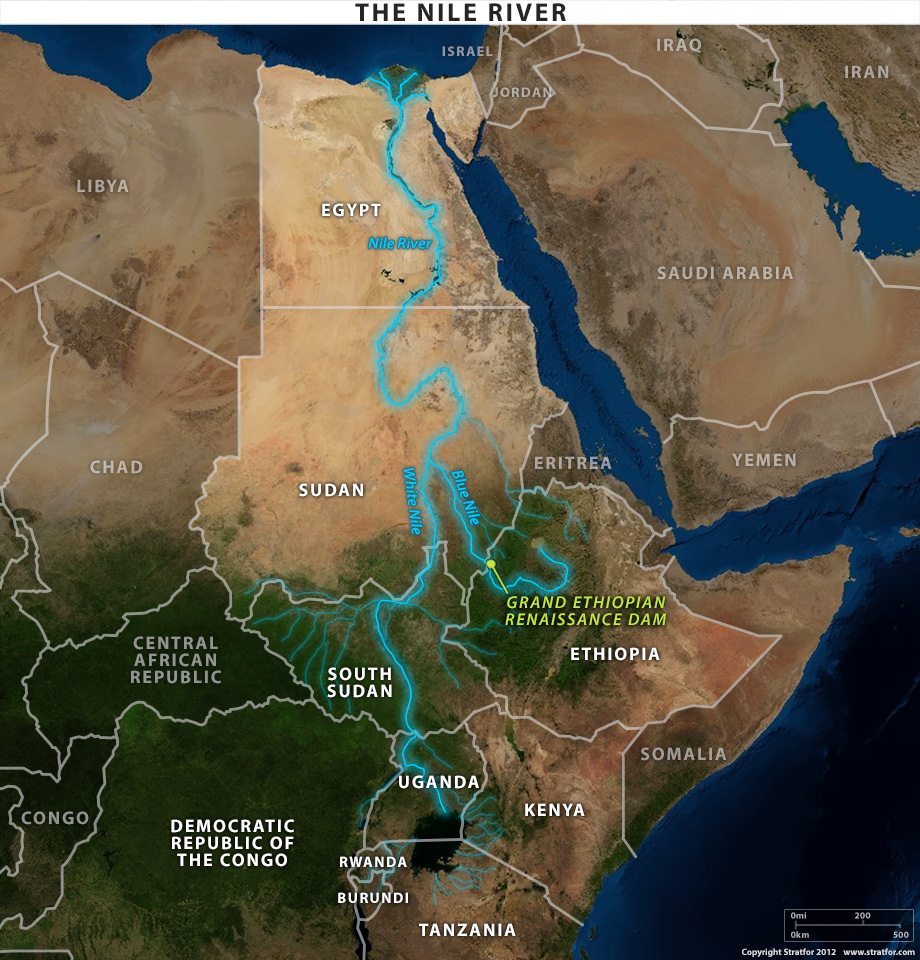 Standing in front of the under-construction structure while water flowed behind him, Renaissance Dam project manager Simegnew Bekele spoke to reporters. “We have a long experience that allows us to play a leading role in building dams. We know how to build and run dams and reservoirs based on studies and designs we make.” Bekele assured the gathering that the dam “is a project built professionally by Ethiopian hands on Ethiopian lands with responsibility that guarantees benefit for everyone.”

While Egypt, Sudan and Ethiopia are continuing technical and political negotiations about ways to reduce the potential negative impacts of the dam, construction at the site is continuing at a fast pace. The left and right sides of the dam’s body are finished. However, water is not stored behind the dam yet. Inside the reservoir, 35,000 hectares (almost 135 square miles) have been prepared and qualified for use. Construction work on the saddle dam is taking place about 5 kilometers (3 miles) away from the main dam site.

Construction at the Renaissance Dam site started in December 2010 after an agreement was reached with construction company Salini Impregilo of Milan, Italy, and Metals and Engineering Corp. of Addis Ababa. The site is 40 kilometers from the Sudanese-Ethiopian border on a tributary of the Blue Nile. The project is expected to store 74 billion cubic meters (60 million acre-feet) of water and generate 6,000 megawatts of electricity. It is funded nationally through direct donations and bond sales started by Zenawi, who died in 2012.

“All dimensions related to safety of the dam, quality of construction, operation and maintenance have been designed and put into consideration in a way that makes us reliable, as the project will be of benefit to downstream countries as much as it is to the Ethiopian people,” Bekele said in his response to growing Egyptian doubts about the dam. “Ethiopia has vowed to make use of its water resources to benefit everyone. We think beyond the horizon,” he added.

Bekele outlined the positive aspects of the dam for Egypt and Sudan.

“One of the key advantages of the dam is to organize the water flow all year long. Hence, we can avoid dangers of a flood and water losses caused by natural flow and evaporation, as well as alluvium accumulation problems. It will also make navigation in the Nile smoother and support peace and regional stability,” he said.

Despite the transparency Bekele showed, as he is responsible for running Renaissance Dam construction and was showing the press delegation around the dam sites all day, he refused to answer pressing questions about when water will be stored behind the dam and the number of years it will take to fill the reservoir. The answers would help determine the amount of water that will flow to Egypt and Sudan, and represent important factors in assessing the risks Egypt might face.

Al-Monitor attended a July 30 talk in Addis Ababa by the National Tripartite Committee where Sudanese and Ethiopian officials met — while Egypt’s official was absent for undisclosed reasons.

“The tripartite committee is not concerned about continuing construction or ending the project this year or any time. However, we want to make sure that filling and operating [the dam] will have the least impact on downstream countries, and will have the most benefit for [Egypt, Sudan and Ethiopia],” said Saif Hamad, head of the Sudanese delegation.

The committee is evaluating the applications of two French consulting firms to assess the dam’s impacts. One would address hydraulic impact; the other, environmental, economic and social effects. However, this effort to obtain technical assessments has stalled more than once because of many disputes over the past two years. The three countries held political negotiations in December with ministers of water and foreign affairs in Khartoum, Sudan, to push for cooperation, which has become the last resort for Egypt and Ethiopia to solve problems they fear the dam could cause.

Ethiopians talk about the dam enthusiastically. Al-Monitor interviewed people in the capital’s suburbs and areas surrounding the dam site near the border with Sudan — in the Benishangul-Gumuz Region, which suffers from power cuts almost all the time. The people expressed pride that their country could take on such a massive a project. Egypt rejected the proposal in the beginning, but the project became a reality that the Ethiopian government created to achieve development and fight poverty.

Cairo’s concerns, however, will grow even larger as Ethiopia aspires to export energy generated by the hydroelectric project, not only to adjacent African regions, but also to Europe and MENA (Middle East and North Africa) markets. This is definitely going to make Egypt more apprehensive about ensuring its water supply from the Blue Nile, which originates in the Ethiopian Highlands.