Mogadishu (HAN) 13th December, 2020.  Regional security and Drone operation in Somalia. The new re-engagement of an African military command 2021 by the United States reflects the growing focus of the United States on Africa in the US National Security Strategy, which appears to be continuing under new US President  Joe Biden. The appointment of  Gen. Lloyd J. Austin III -the retired four-star Army general would make history as the first African-American to lead the Pentagon. General Austin is known as a battlefield commander.

what are the real regional opinion makers saying about US military involvement in Kenya, Somalia, Ethiopia, Sudan and Djibouti?

Security brief dated 11 December, 2020 AFRICOM Target Al-Shabaab Explosives Makers in Jilib, Southern Somalia. the main headquarter of Al-shabaab leaders. In coordination with the Somali National army -Danab in Somalia, U.S. Africa Command conducted two airstrikes targeting al-Shabaab explosives experts in the vicinity of Jilib city, the base of Al-Shabaab leadership in Somalia, Dec. 10. “We will continue to apply pressure to the Al-Shabaab network. They continue to undermine Somali security, and need to be contained and degraded,” said U.S. Army Gen. Stephen Townsend, commander, U.S. Africa Command. The initial assessment indicates the strike killed terrorists who were known to play important roles in producing explosives for Al-Shabaab, to include vehicle-borne improvised explosive devices (VBIEDs).

These devices are used frequently to target innocent civilians. Although initial assessment of impact is ongoing, it is assessed no civilians were injured or killed. Al-Shabaab conducts dozens of VBIED attacks annually across central and southern Somalia, including against civilian, government, and U.S. targets. Since 2018, the group has conducted an estimated 45 VBIED attacks in Mogadishu alone, collectively resulting in the death of over 400 civilians, security forces and government officials.  “This strike should demonstrate to any enemy that we stand by our partners and will vigorously defend both ourselves and our partners during this repositioning and future operations,” said Maj. Gen. Dagvin Anderson, Joint Task Force – Quartz commander. “We will continue to maintain strong force protection and strike those who seek to harm us or our partners.”U.S. Africa Command and its international partners recognize the importance of stability in Somalia.

While peace and stability require strong governance and providing economic programs and opportunity for the Somali people, security remains foundational to each. “Al-Shabaab remains a dangerous franchise of al-Qaeda,” said Townsend. “We continue to monitor the threat and support our partners through training and military and diplomatic engagement. This mission illustrates our continuing commitment to eradicating this threat and supporting our Somali partners in the region. We’re repositioning, but we will maintain the ability to strike this enemy.” U.S. Africa Command remains committed to working with East African countries to include building and maintaining regional security and placing pressure on al-Shabaab in order to advance mutual interests. U.S. Africa Command will continue to work with international and African partners to ensure long-term security in Somalia to the Federal Government of Somalia and its Member States. 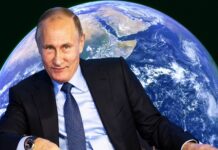