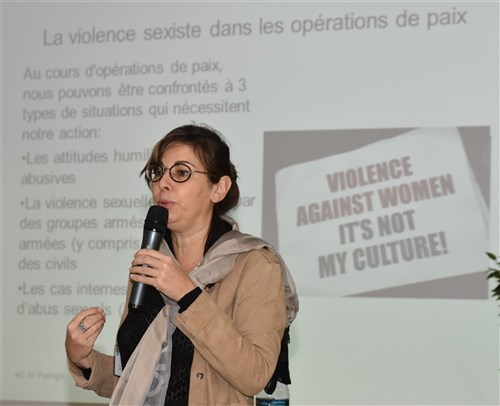 SANREMO (HAN) March 1, 2016 – Public Diplomacy and Regional Stability Initiatives News. Each year the U.S. Africa Command Office of Legal Counsel conducts the annual Africa Accountability Colloquium – a legal engagement that brings together professionals from across Africa, Europe and the US. AFRICOM’s Fourth Africa Accountability Colloquium (ACIV) is themed “Responding to Gender Based Violence During Peace Operations.”  Nearly 40 military legal professional and commanders as well as civilian experts from 19 countries have some together in an effort to lay the foundation for responding to sexual violence allegations that occur during peace keeping operations (PKOs.)  The annual event is once again being hosted by the International Institute of Humanitarian Law (IIHL) in Sanremo, Italy, Mar. 1-3, 2016.