Home Djibouti Gas pipeline to be constructed between Ethiopia and Djibouti 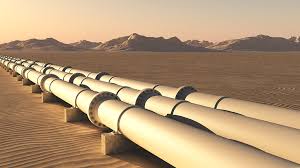 Djibouti’s Energy Ministry last week signed a deal with Ethiopia for the construction of a 767km gas pipeline between Ethiopia’s eastern Ogadem Basin and an export terminal on the Red Sea.

According to Djibouti’s Energy Minister, Yonis Ali Guedi: “It is the most expensive project ever built in the Horn of Africa region.” The total cost for the project has not yet been disclosed.

Chinese company Poly-GCL Petroleum Group Holdings Limited has been chosen to lead the construction of the project. Poly-GCL is a subsidiary of Golden Concord Group Limited and features a diverse range of activities from green energy generation to downstream activities including transport, storage and terminal management.

The company made a sizeable gas discovery last March in the Ogaden basin, with estimated reserves between six and eight trillion cubic feet. The field went into production in July 2018.