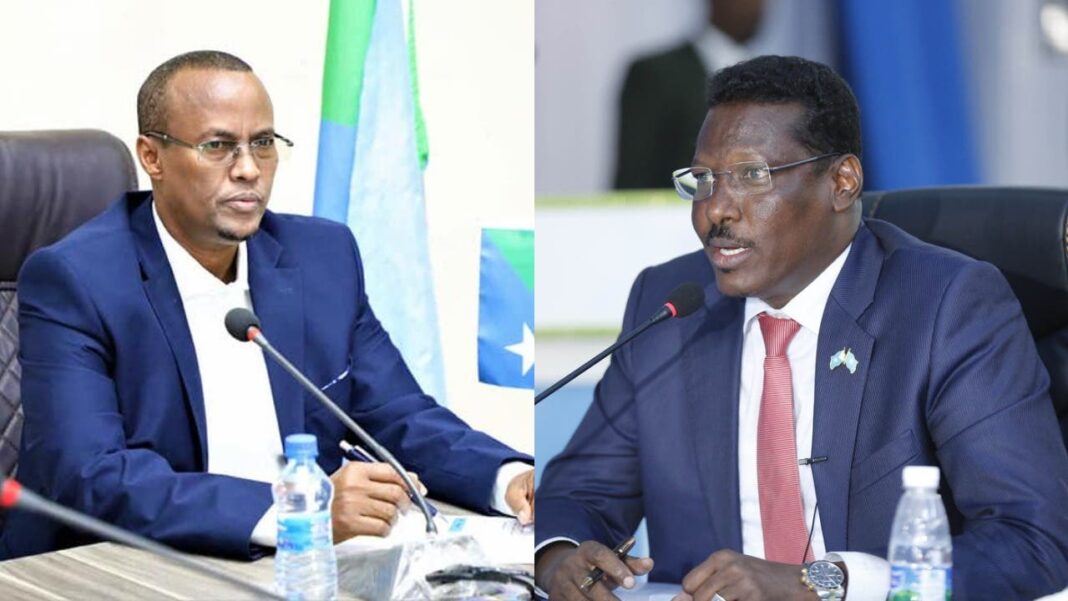 In a joint statement, leaders of Galmudug and HirShabelle said the country must return to the negotiation table to resolve the ongoing electoral stalemate.

“We agreed that the country should hold elections as soon as possible and that any form of extension should be abolished,” the two states said in a joint statement.

According to the state owned media, President Mohamed Farmaajo is expected to address the nation tonight.

The move by the regional states would likely to end three-day long violence which forced hundreds of people their homes in Mogadishu. 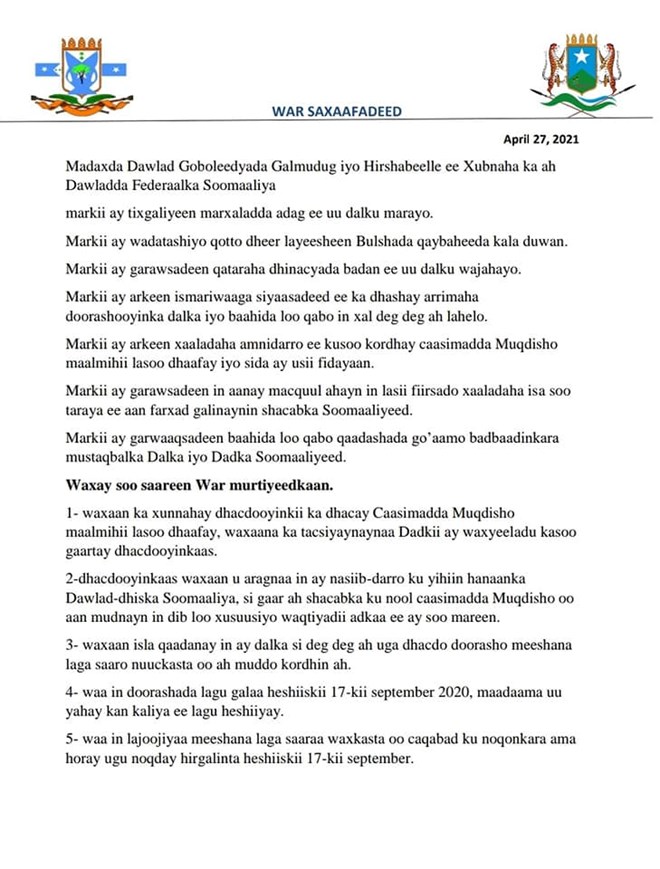 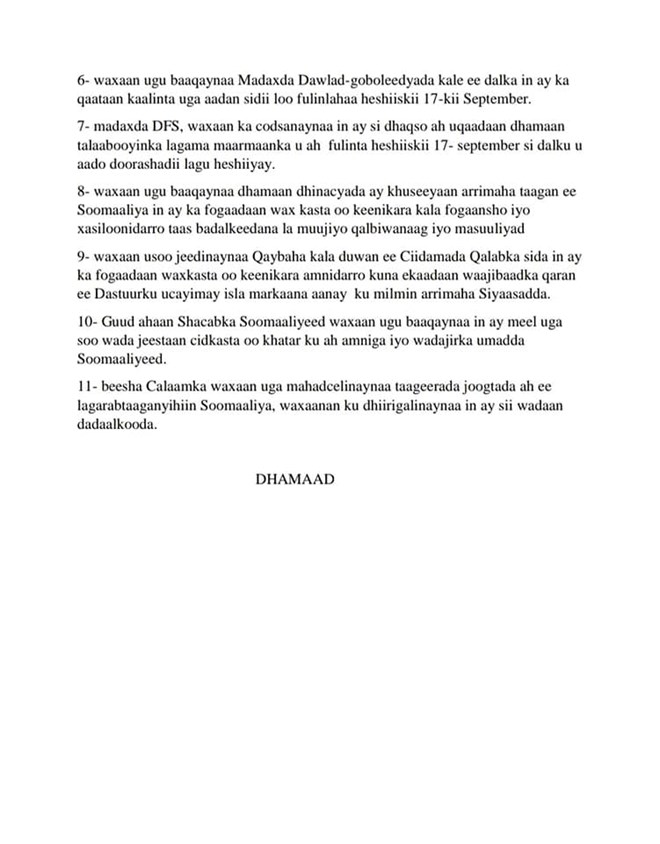