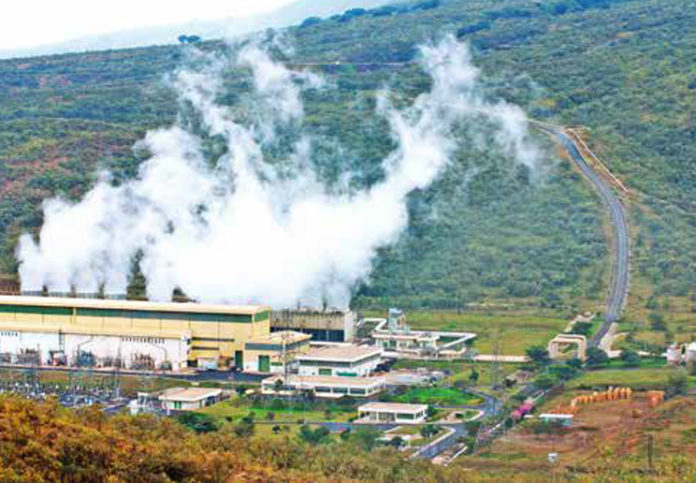 MOGADISHU (HAN) May 5. 2016. Public Diplomacy & Regional Security News. Somalia is quietly rewriting its story with an energy plan to light thousands of homes and businesses at a cost about half the size of its economy.

The Horn of Africa nation, plagued by a war past, suffers a biting shortage of electricity. The sluggish repair or modernisation of power plants and transmission lines that were destroyed in civil clashes has not improved the situation.

Somalia’s power bills are among the most expensive in the world, dampening the prospect of attracting capital inflows from investors as stability makes a return into the country. Mogadishu relies heavily on costlier electricity from diesel generators with almost lack of alternative power sources.

The country has now developed a 10-year energy plan staggered up to 2025 to revamp the sector at a cost of US$ 803 million, or about half its gross domestic product (GDP).

The plan will involve construction of new power plants and transmission lines to boost electricity access in towns and homes at US$ 0.50 per unit (kilowatt hour) or half the current average tariff of US$ 1 per unit.

A portion of the cash will go towards developing a large pool of skills in the sector through training alongside rollout of alternative cooking solutions from charcoal use.

“This is going to be a collaborative task involving the participation of several development partners, the Federal Government of Somalia and private sector,” AfDB Regional Director for Eastern Africa Gabriel Negatu said in an interview.

If the plan is implemented, Somalia’s installed power capacity will grow from the current 85 megawatts (MW) to 285 megawatts by diversifying its energy mix to include solar and wind farms that will potentially lead to a massive economic growth.

Homes connections to the power grid are subsequently set to more than double to 550,000, while 20 towns will undergo electrification upgrade.

Increased power supply at cheaper rates look set to brighten the future of Mogadishu, given that blackouts have been a heavy millstone weighing down the economy of the estimated 12.3 million people.

“Electricity supply has suffered from over two decades of neglect, including absence of investments due to widespread insecurity and disappearance of public resources and public oversight (rule of law),” the AfDB says in a report on Somalia.

The country descended into chaos in 1991 after the ouster of President Siad Barre, resulting in a deep fragmentation and bouts of civil war that destroyed infrastructure, including energy hardware.

The collapse of the national power grid prompted small private firms to set up mini-grids to light homes. They generate electricity from diesel and supply it to homes directly using low voltage wires in the absence of substations and transformers, although a Mogadishu based power consortium has rushed to lay transmission lines.

A number of homes still depend on this kind of archaic power supply. Most households cannot afford it, opting for kerosene for lighting.

Somali homes on average spend about 30 per cent of their incomes on energy needs, highlighting the central role of the utility in people’s welfare.

At almost US$ 1 per unit, Mogadishu’s power rates are five times more than what private firms charge in neighbouring Kenya for electricity from diesel generators at US$ 0.18 per unit, with Uganda charging US$ 0.40 and Burundi at US$ 0.12 per unit.

The high rates have locked out low-income homes. The AfDB report puts the share of Somalia homes that rely on wood and charcoal to cook at 90 per cent.

Analysts say Somalia stands to reap huge economic dividends if it chooses to follow a similar route. The hot climate gives it a huge untapped potential in solar and wind energy. Northern Somalia has deposits of coal, while the country’s coastline stretching over 3,333km could produce wave and tide-based power.

The US$ 803 million power plan, to be implemented in three-year phases, promises to change the country’s energy landscape.

“The proposal is for donors to finance 75 per cent of investment costs with the remaining 25 per cent required of the private investor to be repaid by users through the tariff, together with operation and maintenance of the systems,” the report says.

There are, however, glaring hurdles ahead in the implementation of the energy blueprint, including rickety public institutions, insecurity and a shortage of skilled manpower.

“It is likely that a number of actions mentioned here (in the plan) will face enormous implementation difficulties…. This is because most materials and equipment must be imported and there are few ports and few international shipping lines to serve them in part because of high risks due to piracy and the impossibility of insuring ships and cargo,” the report says.

The AfDB calls for the need to strengthen Mogadishu’s capacity by training government officials and workers to create solid skills set ahead of project rollout.

The proposed plan will also create a government agency, known as Somalia Electrification Institute, to regulate power generation, a model adopted by several countries including Kenya, Ethiopia and Djibouti.

Out of the US$ 803 million energy plan, US$ 580 million will be for power generation and supply, while US$ 95 million will be used to facilitate homes to switch from charcoal and firewood to alternative energy sources like cooking gas (liquefied petroleum gas or LPG).

The remaining US$ 128 million will go towards training government officials and workers, introducing off-grid energy solution in remote villages and creating an energy regulatory agency.

STUDIES SHOW THAT MOGADISHU CAN GENERATE HYDRO ELECTRIC POWER FROM THE EXISTING RIVERS.

It is not yet clear how the government plans to enable the switchover to cleaner energy sources, but analysts say that subsidies on prices could trigger uptake.

Currently, cooking gas is a preserve of the tiny share of the country’s wealthy, with five per cent of homes using kerosene to power their cook stoves while the majority rely on charcoal and firewood.

Somalia consumes about four million tonnes of charcoal per year, making it among countries with highest charcoal consumption per household.

The government seeks to wean 700,000 homes off charcoal use and convince 10,000 charcoal producers to switch to forest protection jobs, a move that is expected to cut charcoal consumption by one million tonnes over the next seven years.

The energy plan suggests that US$ 60 million be used to introduce off-grid energy solutions like solar lamps and batteries in rural villages, partly inhabited by nomadic communities.

About 1.8 million people are set to benefit from the off-grid energy plan that will spur village economies as residents open businesses like boutique, barber shops and phone repair outlets.

The AfDB estimates that the creation of Somalia Electrification Institute, the proposed energy regulator, will cost US$ 10 million.

There are, however, concerns of cost overruns due to insecurity, a shortage of skilled labour and rampant vandalism.

The cost of energy grid and civil works in Somalia is twice that in Europe, the AfDB says in the report, adding that the cost of diesel-run generators stands at US$ 1,500 per kilowatt of power and US$ 8,000 for a solar plant.

Somalia plans to generate up to 50 megawatts of solar power, which accounts for a quarter of the proposed 200 megawatts by 2025.

“Another risk is that the training for needed qualified personnel may be very expensive or even not available. It might also be difficult to find external experts willing to spend long periods in Somalia,” the AfDB says.

“This means that implementation of this programme should be attempted with all seriousness, but that difficulties should not be underestimated, lest the authorities and development partners both fall victim to discouragement.”