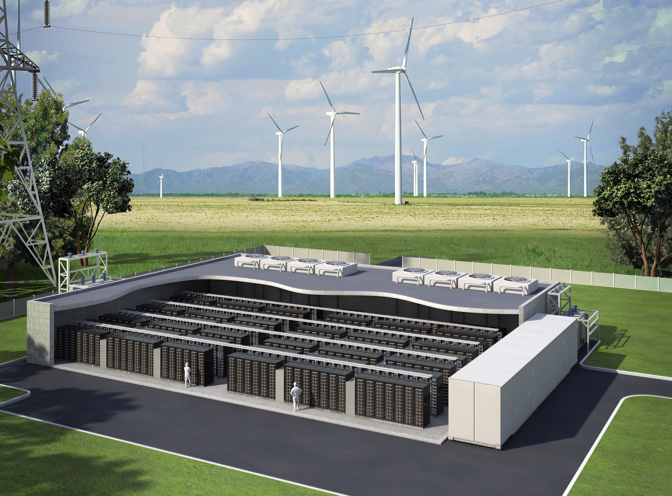 It is estimated that 59GW of PV was installed around the globe in 2015. That’s nearly 20 per cent more than the peak power demand of the whole of Great Britain.

While the solar boom continues, a new revolution is beginning in its shadow: A revolution in how we store solar energy for use at night. Thanks to technological improvements, storage technologies such as batteries are more affordable and durable than ever before. Lifespans for commercial scale batteries are now more than 10 years!

Solar alone will meet most of Icipe’s energy demand during daylight hours. However, by investing in solar combined with storage — a technological marriage regarded by many as the “holy grail” of modern energy — Icipe will benefit from more affordable, reliable and cleaner energy 24 hours a day.

The numbers underscore the logic of this investment: In a recent solar and storage project, the homeowner’s energy bill was reduced by 75 per cent as a result of using solar electricity at night stored in the battery. Solar on its own would have reduced the bill by around 40 per cent.

Icipe is not alone in exploring the potential of renewables and storage to meet its energy needs. In Germany last year, 41 per cent of all new solar installations were tied with batteries, enabling homeowners to store excess solar power from their systems for use after dark.

Energy storage is booming around the world. Modern storage is reliable and proven — new technologies now have warranties of at least 10 years.

Solar and storage addresses a trilemma of challenges for businesses: It helps overcome power interruptions, reduces dependence on energy from the grid and can significantly reduce energy bills in countries where the cost of energy significantly increases at peak times, such as first thing in the morning, and early evening.

The intermittency of the electricity grid is problematic for everyone — whenever the lights flicker off, or the internet stops working, work grinds to a halt until a diesel generator can be fired up which can be a frustrating wait.

However, generators are not cheap and crucially they cannot completely overcome the interruption. That annoying lag — from when the power fails to start up a generator — is a real headache. For surgery, research, storage of medicines and manufacturing facilities, a power interruption can be much more than a headache, with the impact actually life threatening. Yet, a modest investment in energy storage can overcome that lag and provide uninterrupted power for an entire facility.

More and more organisations are recognising that relying on diesel for backup is not economically or environmentally justifiable. That’s why organisations like Icipe are installing solar and storage, which will guarantee a consistent energy supply, at a more predictable and lower cost, while lowering carbon emissions.

In 2012, the cost of fuel for backup generators used by African businesses and households is estimated to have been at least $5 billion.

Taking a basic case study helps illustrate the benefits of solar, and solar tied with storage. A manufacturer in remote Kenya could be purchasing 70 per cent of its power from Kenya Power and paying for a diesel generator for the other 30 per cent. The manufacturer could install a solar PV system to meet some of its energy demand.

Although the solar panels only work during the day, the manufacturer can expect to reduce its power bill by more than 20 per cent every year.

If the manufacturer installed a durable and appropriately-sized storage system, tied to the solar system, the manufacturer would rely on the grid and generator for just 25 per cent of its energy. The other 75 per cent would be met by solar energy because the storage makes solar available around the clock.

Businesses benefit from solar and storage. Businesses have two steps to adopt storage tied with solar.

The first is to partner with a reputable solar and storage company. Quality is important because the technology needs to be durable.  The second is to consider purchase options: Customers can choose to finance their own systems or they can enter Power Purchase Agreements (PPAs). Flexible PPAs are particularly attractive because the customer does not need to invest cash up-front, and the savings start from day 1.

There is evidently huge opportunity for solar systems across the African continent to be tied with storage, in particular for high energy users who operate around the clock such as mining companies and industrial processing facilities. Modern storage technologies are reliable, durable and suitable for the harsh East African climate.

East Africa has a choice: it can either meet all its growing energy needs purely from its national grid with expensive, high carbon diesel generators for back-up power.

Or it could integrate solar tied with storage running alongside grid energy, which is a far cleaner and cheaper solution.

Storage technologies can have a far reaching impact on Africa’s energy landscape, providing cheaper and uninterrupted power. The question isn’t whether your business needs solar and storage. It is a matter of when you choose to embrace it.