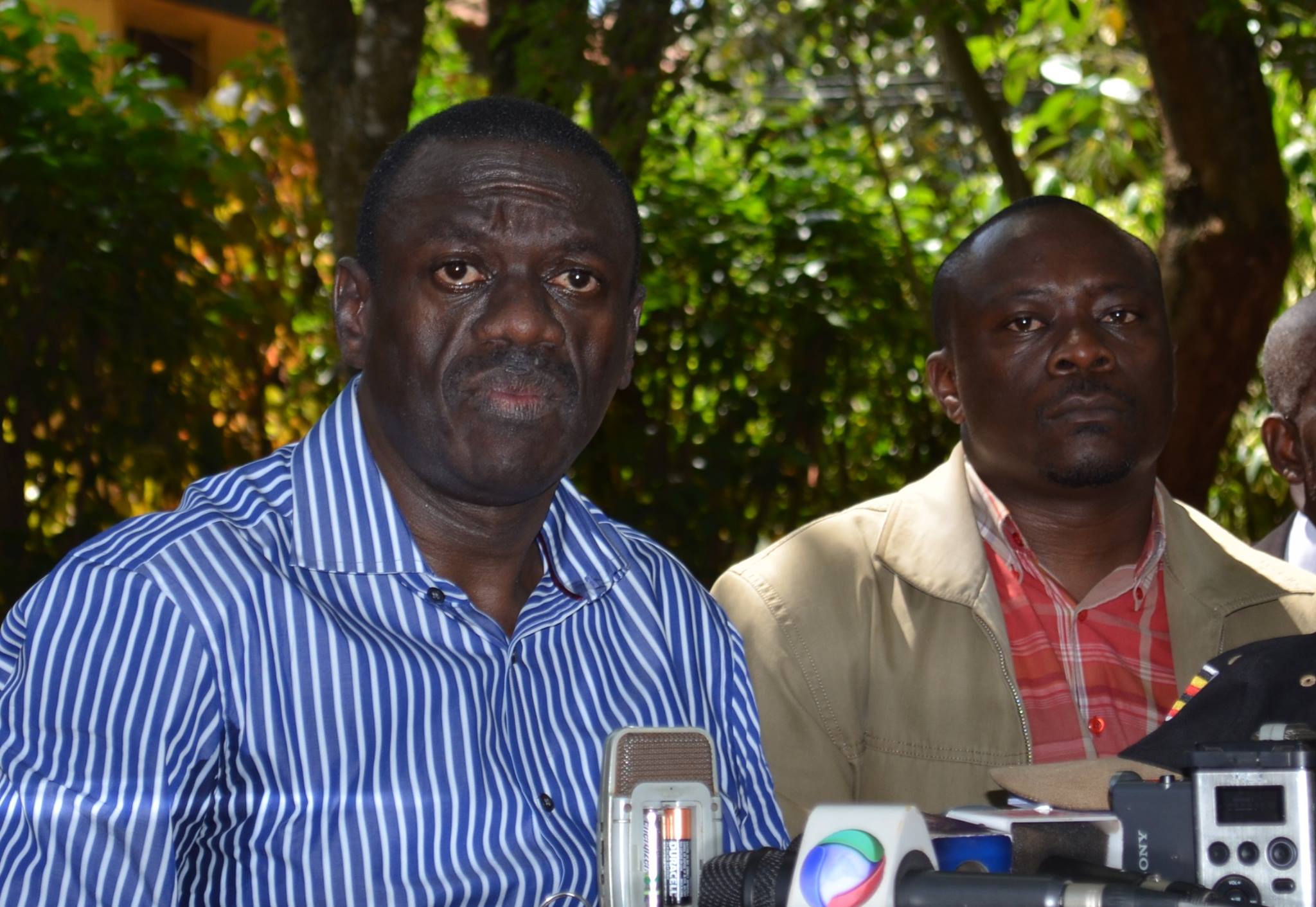 The charges were read to him in absence of his lawyers. Dr Besigye was not allowed to plead as treason is a capital offence.

He was subsequently remanded at the Luzira prison until June 1 when his case will be read again to court.

At exactly 8am (+3GMT), a convoy of security cars snaked into the premises of Nakawa court and among the vehicles was a prisons van carrying Dr Besigye.

He was straight away taken to the court’s holding cells amid heavy security.

Dr Besigye spent about 20 minutes in the holdings cells before he was brought to the open courtroom at about 8:20am.

At about 8:30am, Chief Magistrate James Ereemye made his way into the court room and immediately the charges of treason were read to Dr Besigye afresh.

The magistrate cautioned Dr Besigye not to say anything since Chief Magistrates Court does not have jurisdiction to hear out treason charges.

Before the treason charges were read to him, Dr Besigye was asked whether he had a lawyer to represent him but said he did not have one since he did not want to involve lawyers in his case.

Dr Besigye asked court for permission to hear out his grievances. He said his concerns were in regard to the fears of where he was being detained.

Court allowed him to air out his fears but half way, senior state attorney Doreen Elima told the court not to further entertain his concerns on grounds that they should be raised before the High Court that has jurisdiction.

But Dr Besigye chipped and said his fears don’t concern the High Court and that it is all about him living in fear.

“If I am mistreated where I am being detained, I am here to air out the same and you are sending me away,” Dr Besigye told court.

But Magistrate Eremye over ruled Dr Besigye saying he should wait and tell High Court his fears.