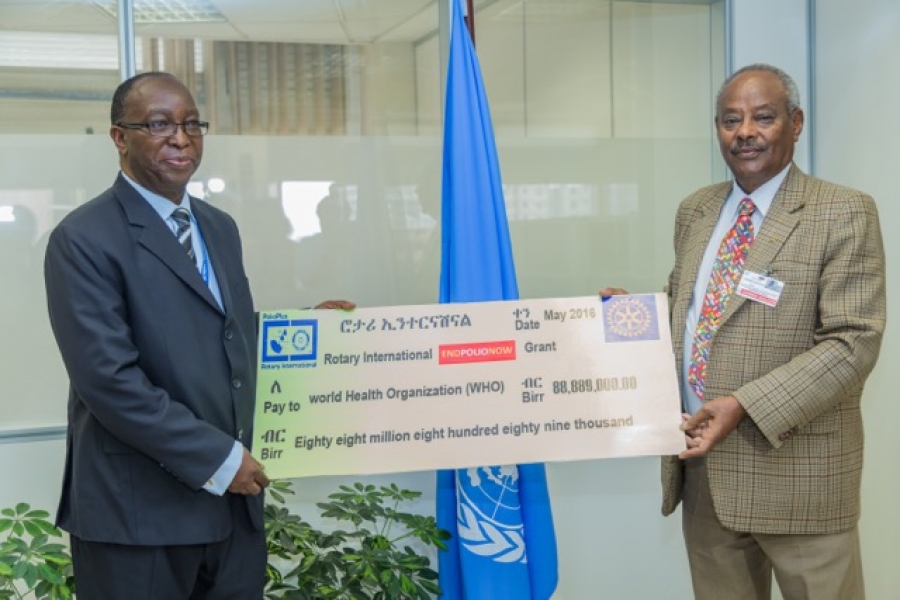 According to a WHO press release sent to The Ethiopian Herald, the grant would be used to sustain Ethiopia’s current position of polio free status. The Foundation granted the money as the Polio Eradication Initiative was attained in Africa as well as Ethiopia in the last 25 years.

During a handing over ceremony held recently, WHO Acting Representative for Ethiopia Dr. Olusegun Ayorinde Babaniyi said that the fund would increase the capacity of WHO to sustain the efforts in zeroing Polio and strengthen technical support in polio eradication initiative. The WHO would maintain its pre-eminence to build on the polio legacy to accelerate the improvement in routine immunization for closing the immunization gap increasing Rotary’s commitment to support the country and the global initiative, Acting Representative also said.

Rotary National Polio Plus (NPPC) Chairman Tadesse Alemu said: ”We needed fund to launch Polio Eradication Initiative program and we have to see to it that funding is crucial for Endgame activities and polio legacy to ensuring investments made are built on to benefit other development goals.”

The grant is for one-year, which must be fully expended by March 31, 2017. It was learnt that Rotary’s grant globally is bout 2.3 billion USD.