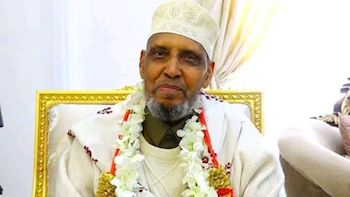 HARGEISA – The Former Prime Minister Omar Arte Qalib has passed away in Hargeisa, the capital of the self-declared state of Somaliland on Wednesday.

The death of the former Somali Republic premier was being confirmed by some of his relatives and officials from the Somaliland administration.

The late leader who was 90 years old was ailing from an unknown ailment for some time.

He was born in Hargeisa in 1930 and held various positions in previous central governments before and after the collapse of the President Mohamed Siyad Bare regime.

Mr. Qalib was later appointed as Prime Minister by President Ali Mahadi in 1993.
His son Mohamed Omar Qalib is a member of the Federal Parliament of Somalia and also served as Deputy Prime Minister under President Hassan Sheikh Mohamud from January 2015 to March 2017.